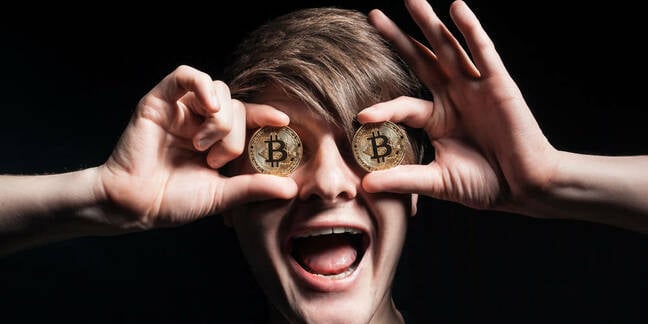 "[W]e've seen the desire from our customers to accept Bitcoin decrease," said Stripe product manager Tom Karlo. "And of the businesses that are accepting Bitcoin on Stripe, we’ve seen their revenues from Bitcoin decline substantially. Empirically, there are fewer and fewer use cases for which accepting or paying with Bitcoin makes sense."

Stripe's retreat is the latest in a series of rebukes for cryptocurrency boosters. Along similar lines, Swedish bank Nordea Bank AB has reportedly told employees to avoid cryptocurrencies, including Bitcoin.

In theory, the money raised gets used to develop a technology platform to support and promote the imagined asset, thereby enhancing its value through increased demand.

Alternately, the ICO may turn out to be a scam. That's how the SEC described PlexCorp's PlexCoin when it shut down the venture in December, 2017. And state regulators recently came to a similar conclusion with BitConnect.

Clayton, in a speech delivered at a Securities Regulation Institute event in Coronado, California, chided securities professionals and urged them to hold themselves to high standards.

"To be blunt, from what I have seen recently, particularly in the initial coin offering space, they can do better," he said in prepared remarks.

Clayton said he's instructed SEC staff to be on "on high alert for approaches to ICOs that may be contrary to the spirit of our securities laws and the professional obligations of the U.S. securities bar."

This rather timid scolding of ICO boosters looks particularly anemic in light of a report issued on Tuesday by financial consultancy Ernst & Young (EY).

The report finds that investors, driven by fear of missing out, have invested in ICOs without regard for fundamental value or due diligence.

"As ICOs continue to gain popularity and leading players emerge globally, there is a risk of having the market swamped with quantity over quality of investments," said Paul Brody, EY global innovation blockchain leader, in a statement.

Part of the problem, the report suggests, is there's no market need for many of the digital tokens being created, particularly those that are application-specific.

Application-specific tokens, while generally based on a cryptocurrency like Bitcoin or Ethereum, are intended for use with a particular application. For example, Storj is a crypto token for decentralized storage.

The report contends that companies using traditional currencies like dollars or euros to pay bills add unnecessary cost and complexity by using a volatile special currency for certain things.

"There is no compelling use for utility coins," said Brody in an email to The Register.

EY surveyed 372 ICOs around the world and found that while there's still demand, it's dwindling. Only 25 per cent of ICOs in November met their fundraising goals, compared to 90 per cent in June.

It may not help that 10 per cent of ICO funds get lost or are stolen by hackers. And according to the report, the frequency of attacks is increasing.

Nonetheless, EY sees some promise in cryptocurrencies and digital tokens.

"We believe there is a very strong future for some cryptocurrencies as well as tokenized assets and fiat currency," said Brody. "However, as the ecosystem matures, there's a huge amount of risk and complexity and it can be very hard to determine which solutions will dominate the future."

Karlo from Stripe expressed similar sentiment, noting that company would keep an eye on the ecosystem in case it becomes more appealing in the future. ®

But it claims just 32 people had 'non-public' info disclosed. Eh?

Gee, SEC, how did that get out?! 'Leaked' Tesla email claims big boost in Model 3 production

Musk is in contempt of court, screams SEC after Tesla boss brags about car production rates