Primary Data, the storage startup offering a metadata-driven abstraction layer, appears to have gone TITSUP – a Total Inability To Sell Us Products.

The upstart's landing page on its website, primarydata.com, was blank at time of writing, and inner pages were 404ing. Its Twitter and Facebook presences have also been silenced. A Glassdoor posting claims the biz has suddenly shutdown: 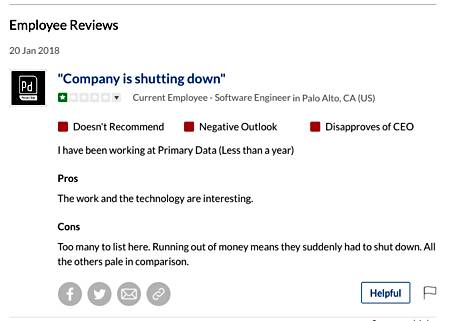 An anonymous source also told us: "Primary Data collapsed and got shut down over the weekend. All employees got laid off. Management wanted to buy off all investors and convert preferred shares to common. Investors said no. $100m of investor money is all burnt up and gone, with nothing to show."

A second source said on Saturday that friends at the company had been told the game was up, and emergency funding was being sought.

A third confidential informant in the industry also said over the weekend something was certainly going on, and that Primary Data people had said they were not permitted to talk about it.

We tried to contact the biz over the weekend and again today, but have not received a reply. Calls to its California and Utah offices go straight to voicemail. A senior partner at its PR agency, Connect Marketing, told us: "Unfortunately, I don’t have any answers for you." They are in the dark, too.

David Flynn, who founded Fusion-io, started Primary Data with Fusion-io cofounder Rick White in 2013. Flynn is Primary Data's CTO, White its CMO, and Lance Smith its CEO. Flynn was formerly the president and COO at Fusion-io.

Both Fusion and Primary recruited Apple cofounder Steve Wozniak as chief scientist, even though the Woz is not well known as an authority on enterprise storage. 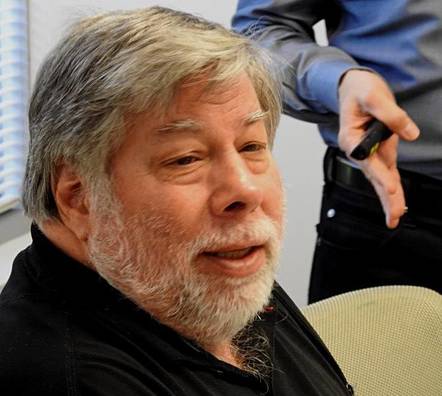 The Woz at Primary Data

If the C-round and that line of credit have been burned in just four months, that's a very rapid spending rate for a company with about 100 staff. 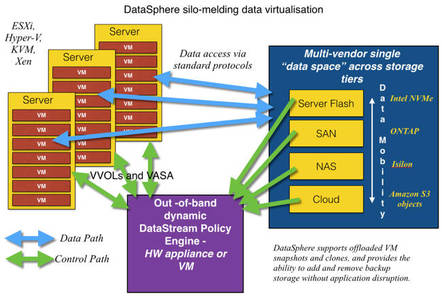 The upstart's product is [was? - ed.] called DataSphere. It offered an out-of-band abstraction access layer across all of a customer's storage – including primary, secondary, nearline, and unstructured data – effectively unifying file, block and object data, allowing storage resources to be optimized and better managed. The claimed benefit to users was more efficient access to and use of stored information, and lower costs.

Primary Data was alone in its focus on providing a single access portal to all of a customer's data. Other such data converging portal companies, such as Actifio and Cohesity, focus only on secondary data and things such as better copy data management. The target area for their technology is thus smaller than Primary Data's universal focus.

For a startup, selling technology to enterprises that provides control of, and access to, all their data is a huge task. No doubt pilot studies can be run but, at the end if the day, it's hard to ask an enterprise customer to take a huge leap of faith by letting a newcomer handle business-critical information.

It appears that too few of them were willing to make such a leap, leaving the upstart unable to find more cash to continue its quest for paying customers.

The Fusion-io kids also failed to crack the enterprise market, and were gobbled up by SanDisk by 2014. If and when we hear more we'll add to this story. ®

As for Twitter, politicians need to grow thick skins and stop mistaking it for advertisement
Software2 Dec 2022 | 61

'There is no evidence to suggest that TrustCor violated conduct, policy, or procedure' says biz
Security2 Dec 2022 | 13

Inventor of the spanning tree protocol gets heretical about blockchain, crypto, and why the broken internet is a blessing in disguise
Networks2 Dec 2022 | 13

Testing is your responsibility, not ours, says PCI-SIG
Systems2 Dec 2022 | 16