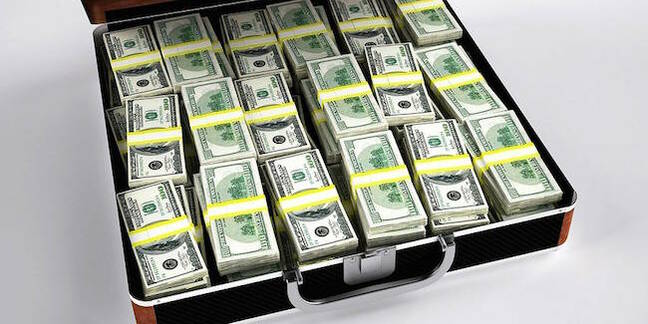 Updated The European Commission today slapped a €997m (£872m) fine on Qualcomm for abusing its dominant market position - finding it paid billions to Apple to exclusively use its chips.

The Snapdragon chip designer blocked rivals by making significant payments to a key customer on condition it would not buy cellular modem chipsets from rivals, the commission ruled.

Commissioner Margrethe Vestager, competition policy head, said: "Qualcomm illegally shut out rivals from the market for LTE baseband chipsets for over five years, thereby cementing its market dominance. Qualcomm paid billions of US dollars to a key customer, Apple, so that it would not buy from rivals.

"These payments were not just reductions in price – they were made on the condition that Apple would exclusively use Qualcomm's baseband chipsets in all its iPhones and iPads."

In 2011, Qualcomm signed an agreement with Apple, committing to make significant payments on condition that the company would exclusively use Qualcomm chipsets. In 2013, the term of the agreement was extended to the end of 2016.

The agreement made it clear that Qualcomm would cease these payments if Apple commercially launched a device with a chipset supplied by a rival, found the commission.

Citing internal documents, it said Apple had given serious consideration to switching part of its baseband chipset requirements to Intel but the exclusivity condition was a material factor as to why Apple decided against doing so.

"Qualcomm's behaviour denied consumers and other companies more choice and innovation – and this in a sector with a huge demand and potential for innovative technologies. This is illegal under EU antitrust rules and why we have taken today's decision," said Vestager.

The mega fine represents 4.9 per cent of Qualcomm's turnover in 2017.

In 2015 the European Commission opened two antitrust investigations into possible abusive behaviour by Qualcomm around its “predatory pricing” and whether it breached EU antitrust rules prohibiting the abuse of a dominant market position.

The conclusion of the second probe, regarding allegations into predatory pricing is expected to be announced in the coming months.

The US Federal Trade Commission is also investigating Qualcomm's dealings with Apple.

The firm has faced a number of antitrust cases. It is currently facing a fine of $853m (£696m) for alleged antitrust violations by South Korea's top regulator.

In February 2015 it settled a dispute in China over alleged abuses of its dominant position in the smartphone chips market and coughed up $1bn (£640m).

Qualcomm today announced its intention to "immediately appeal" the decision to the General Court of the European Union. Don Rosenberg, executive veep and general counsel of Qualcomm, stated: "We are confident this [expired agreement between Qualcomm and Apple Inc] did not violate EU competition rules or adversely affect market competition or European consumers."