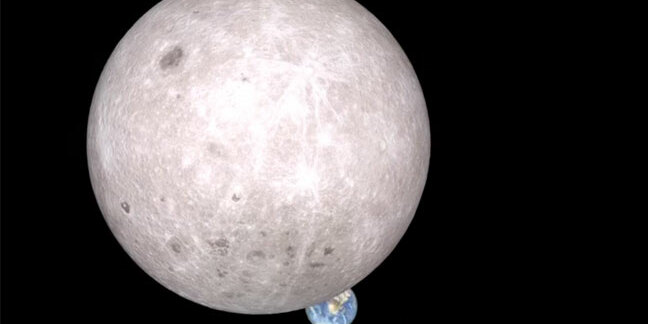 It's made of cheese, Gromit: The Moon will remain out of humanity's immediate grasp for now

Google has pulled its financial backing from the Lunar X wheeze to get a privately funded spacecraft to the Moon after finally conceding that none of the five entrants were likely to make it there.

“We have concluded that no team will make a launch attempt to reach the Moon by the March 31st, 2018 deadline,” said Peter Diamandis and Marcus Shingles, respectively the founder and chief exec of the X Prize competition.

“This literal ‘moonshot’ is hard, and while we did expect a winner by now, due to the difficulties of fundraising, technical and regulatory challenges, the grand prize of the $30m Google Lunar XPRIZE will go unclaimed,” they added.

Started more than a decade ago, the Lunar X Prize competition aimed to get a privately-backed spacecraft and lander to the Moon’s surface, where the lander would have to drive around for at least 500 metres (546yds; almost a third of a mile) while beaming back 720p video plus a 360 degree panoramic pic of the lunar landscape. Though sponsored by Google in its latter stages, the Lunar X prize is organised by the X Prize Foundation, a separate entity that comes up with all manner of sci-tech challenges and prizes.

Winners of the Moon challenge would have scooped a $30m grand prize (the headline gizzit sponsored by Google) while other prizes totalling $6m had already been handed out for those who met various intermediate stages.

As we reported back in 2008, the competition’s original cutoff date was 2012. Since then it had been extended a good few times while the competing teams tried to figure out how the hell to achieve this highly ambitious goal.

In spite of various famous tech folk (including, inevitably, Elon Musk’s SpaceX) getting involved to offer their rocketry and systems expertise, the challenges were simply too great for the five remaining competitors to overcome. Last summer, the Lunar X organisers issued what would become their final ultimatum, telling us at the time: “When a competition spans years, and we are asking teams to do something that literally has never been done before, the reality for the competing teams can shift dramatically.”

The five competitors were: SpaceIL in Israel; Moon Express in the US; Synergy Moon, based in various locations around the world; TeamIndus in India; and Japan’s Hakuto. In 2016 Moon Express, which focuses on the potential of lunar mining, secured American regulators’ approval for their moon shot. Three years ago SpaceIL’s chief exec, Eran Privman, told us that his team would make it to the Moon in 2017 – something else that did not happen by the predicted time.

“XPRIZE is exploring a number of ways to proceed from here. This may include finding a new title sponsor to provide a prize purse following in the footsteps of Google’s generosity, or continuing the Lunar XPRIZE as a non-cash competition where we will follow and promote the teams and help celebrate their achievements,” said the foundation’s statement. ®