Watchdog: Uh, sit down, AriseBank. This crypto-coin looks more like a $600m crypto-con 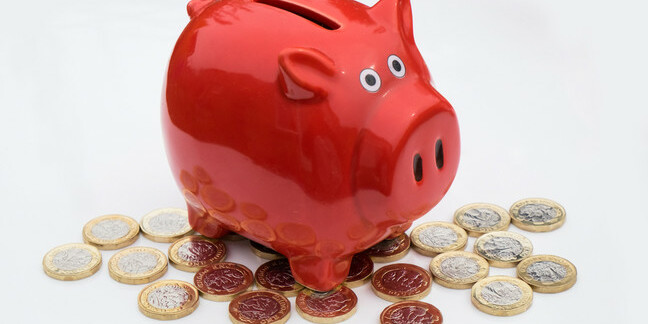 The US Securities and Exchange Commission obtained a court order to halt the investment scheme based on a complaint filed under seal last week.

According to the regulator, AriseBank – based in Dallas, Texas – and its cofounders Jared Rice Sr and Stanley Ford, offered and sold an unregistered investment called AriseCoin, a cryptocurrency.

AriseBank described itself as "a decentralized, peer-to-peer banking platform that allows users of its software to serve as their own bank."

The SEC reckons it's all a con.

"We allege that AriseBank and its principals sought to raise hundreds of millions from investors by misrepresenting the company as a first-of-its-kind decentralized bank offering its own cryptocurrency to be used for a broad range of customer products and services," said Stephanie Avakian, co-director of the SEC’s Enforcement Division, in a statement. "We sought emergency relief to prevent investors from being victimized by what we allege to be an outright scam."

What a FDIC head

The SEC complaint charges that Rice made false statements about AriseBank and its ICO offering. Rice insisted AriseBank was not subject to SEC regulation, the complaint says, and said that AriseBank was insured by the Federal Deposit Insurance Corporation (FDIC).

Neither claim is true, the SEC contends.

The agency also points out that Rice failed to disclose prior felony convictions to investors, who may want to know such things. Rice pleaded guilty to felony theft and tampering with government records, for which he was out on probation, according to the complaint.

At the time this story was filed, AriseBank's website was not responding, making it difficult to reach anyone for comment. The biz claimed to have raised $600m from investors, with $1bn being its target.

While cryptocurrency evangelists continue to spread the gospel of initial coin offerings, the bloom is off the rose – or as some have argued, the tulip.

Earlier today, Facebook announced a new policy that “prohibits ads that promote financial products and services that are frequently associated with misleading or deceptive promotional practices, such as binary options, initial coin offerings and cryptocurrency.”

And yesterday it was reported that Prodeum – a blockchain-for-vegetables startup – vanished, with just the word "penis" left on its website. It had taken perhaps as much as $2,400 and as low as $100 from investors via an ICO before disappearing, and had paid people a few bucks to write its company name on their bodies to use in its marketing. Baffling.

Merchants, meanwhile, are balking at Bitcoin's high transaction fees and financial regulators, after warning last year that investors should be wary, have become more active in shuttering these speculative schemes.

The SEC earlier this month said it has directed directed its staff to pay closer attention to ICOs. Over in the UK, the Financial Conduct Authority (FCA) on Monday urged people to be wary of online investment fraud, including ventures involving cryptocurrencies. In China, home to much of the world's crypto-mining, the government is cracking down on ICOs and related cryptocurrency activity. Russia is moving to regulate cryptocurrencies too. And in South Korea, the government has enacted a ban on anonymous cryptocurrency trading.

According to Bloomberg, another watchdog agency, the US Commodity Futures Trading Commission (CFTC), last week subpoenaed cryptocurrency exchange Bitfinex and Tether, a cryptocurrency company that says it pegs the value of its digital coins to the dollar.

The CFTC has not disclosed the nature of its inquiry.

So much attention from the authorities appears to have dampened enthusiasm for speculative digital tokens. The price of Bitcoin on Tuesday dipped below $10,000, about half its high of almost $20,000 last month. ®

The SEC's complaint [PDF] has been revised to remove allegations against AriseBank's president Kelvin Spencer, which were incorrectly included by the agency. In the updated filing, the regulator states:

The SEC’s original complaint contained the erroneous allegation that Spencer has a criminal history. That is not the case. Having filed this case on an emergency basis, ex parte and under seal, SEC counsel first realized the error by speaking with Spencer after the case was unsealed. Upon speaking with him, SEC counsel determined that the prior criminal conduct alleged in the original complaint relates to another person with the same name and similar identifying characteristics. SEC counsel greatly appreciates Mr Spencer’s assistance in correcting its mistake and apologizes to him for it.

Following this admission by the SEC, we are happy to clarify that Spencer does not have a criminal history.