Microsoft's Azure Event Grid, a service launched as preview last August, has attracted enough fans for Redmond to push it into general availability.

The model for Event Grid will look familiar to old-timers: it's a publish-subscribe model for the cloud. The Event Grid service is the chunk that sits between event publishers (storage, resources, IoT hubs and the like) and event subscribers (functions, logic applications, automation). 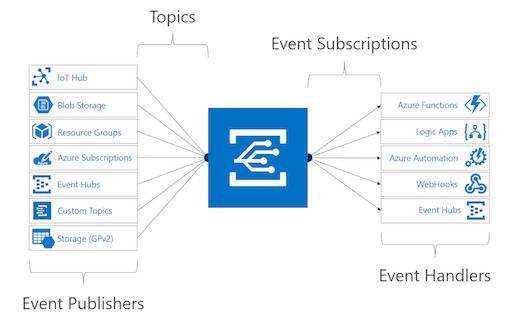 Unlike something so ancient as CORBA (common object request broker architecture), Event Grid works with both Azure-hosted environments and customers' other software (which might be on-premises or clouded).

Program manager for the product, Bahram Banisadr, explained in the video below that it's “a managed event routing platform that enables you to react in real time to changes happening in Azure resources or your own applications”.

He explained that the polling involved in checking for (say) a new VM or database entry consumes CPU resources; turning this into push notifications means events are only raised when something happens.

“Because everything is based on HTTP, Event Grid can integrate with virtually any service or app,” Banisadr added in the video.

Since the event handler is in the Azure cloud, Microsoft reckons it scales better than if customers built their own publish-subscribe infrastructure; hence Redmond is pitching Event Grid with a four-nines SLA.

Event Grid is currently live in the following Azure regions: West US, East US, West US 2, East US 2, West Central US, Central US, West Europe, North Europe, Southeast Asia, and East Asia. ®