The Epyc processor is said to be faster than equivalent Xeons.

There are three PowerEdge AMD-powered servers: the R6415, R7415, and R7425. These accompany the PowerEdge 14G R640 and R740 Xeon SP servers in the Round Rock company's server portfolio, and they inherit general PowerEdge management and feature goodness.

According to the reference guide, it can have up to 1TB of DRAM with a single processor. A slide we have seen says it can have 2TB: 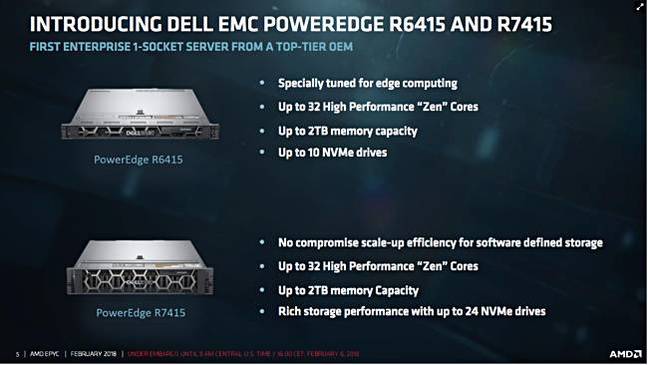 We have asked Dell which number is the correct one.

Memory tops out at 1TB again (as per tech specs) or 2TB (slide deck), and Dell has been asked for clarification. 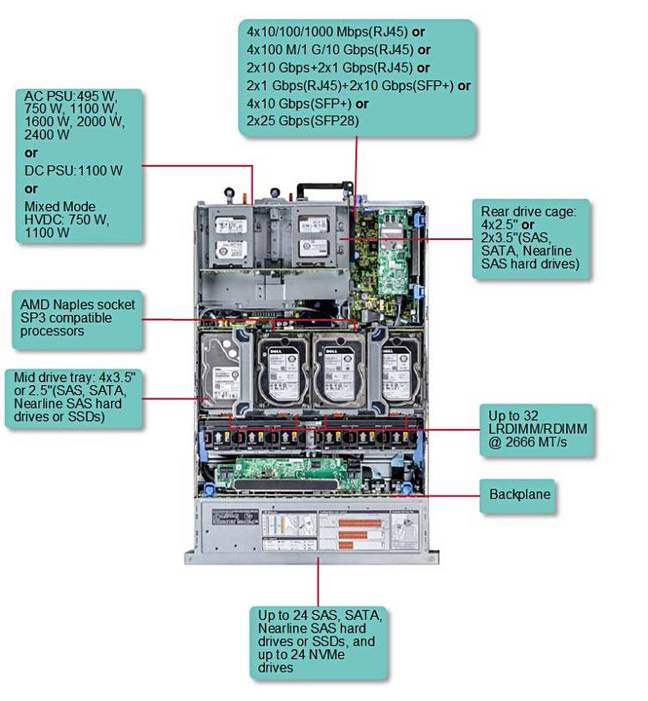 This system is pitched at high-performance computing workloads. It's a 2U, 2-socket R7425 (ref PDF guide here) can have a pair of Epyc CPUs, up to 32 x SAS, SATA, or nearline SAS hard drives or SSDs, and up to 24 NVMe flash drives. This is the big box of the three, with a maximum of 4TB of memory. 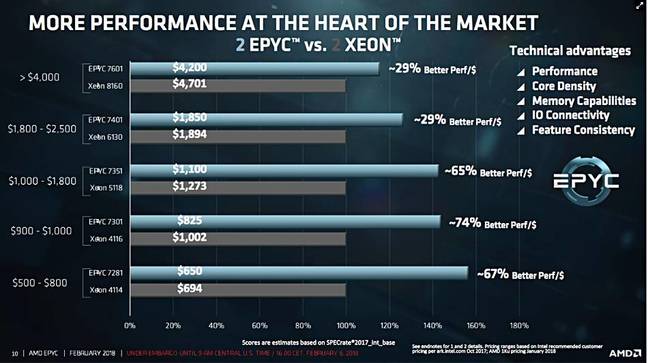 HPE on Epyc trail too

Dell competitor HPE produced a Gen 10 DL385 server using 1 or 2 Epyc CPUs in November last year. That meant 32 or 64 cores and a maximum 4TB of memory.

At the time HPE said an Epyc dual-CPU 7601-based DL385 system scored 257 on SPECrate2017_fp_base (throughput) and 1980 on the SPECfp_rate2006, both higher than any other two-socket system score then published by SPEC.

Presumably the Dell Epycs will do likewise compared to the equivalent Xeon ones.