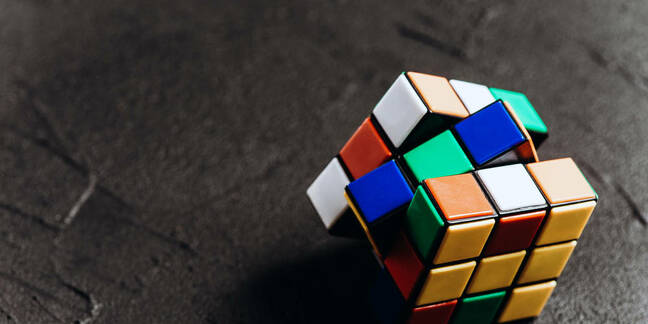 Amongst its customers are three of the top Fortune 15 companies and the world’s largest home improvement retailer, understood to be Home Depot. Many of its customers use it in the public cloud.

The two aren't saying what the acquisition cost or how it is being paid – in cash, shares or a mix of the two.

Bipul Sinha, Rubrik co-founder and CEO, provided a prepared quote: "As enterprises adopt NoSQL cloud databases to undertake digital transformation and AI initiatives, the need to manage and recover applications and data is becoming top of mind. We are excited to have Datos IO join the Rubrik family to accelerate innovation in how enterprises manage and recover this modern application stack.”

Tarun Thakur co-founded Datos IO and is its CEO. We popped open the provided can to retrieve this one: "Datos IO delivers critical backup and recovery capabilities for cloud-native applications and databases. Rubrik and Datos IO share a common vision of cloud data management and are committed to helping customers on their digital transformation journey.”

In September last year Sinha said the distributed database area was a tiny part of the market. If it grew to an interesting and significant size, then Rubrik would extend its offering to cover it.

Back then, Peter Smails, Datos IO VP for marketing and business development, responded, saying: "To say Datos IO is playing in a 'tiny' part of the market is simply incorrect. On the contrary, with the likes of Dell EMC, CommVault, and Veritas all investing and making noise in the space, it appears Rubrik is a laggard behind even the traditional vendors when it comes to data protection for non-relational and big data workloads. Look no further than Cloudera's IPO and MongoDB's recent IPO filing to see the market is most definitely here and now."

Evidently Rubrik took this on board and has extended its market coverage by buying Datos IO rather than developing its own technology.

Like Veeam, Rubrik is extending its data source coverage to a wider set of on-premises and in-cloud data sources. The thinking is that customers will be attracted to data protection, and data management, suppliers which can protect most of or all of their various on-premises data producing workloads, their public cloud ones and also hybrid workloads spanning the on-premises and public cloud worlds.

Cohesity, Commvault, Druva, Rubrik and Veeam – as the legacy Dell EMC and Veritas-type suppliers – are all striving to respond to this need. Rubrik's move may well stimulate activity by these other suppliers to extend their coverage universes.

HPE: Since y'all love cloud subs so much, we'll throw all our boxes into GreenLake by 2022

'Customers want tech as a service, they also want it on their terms' – at least 50% correct, there, Ant