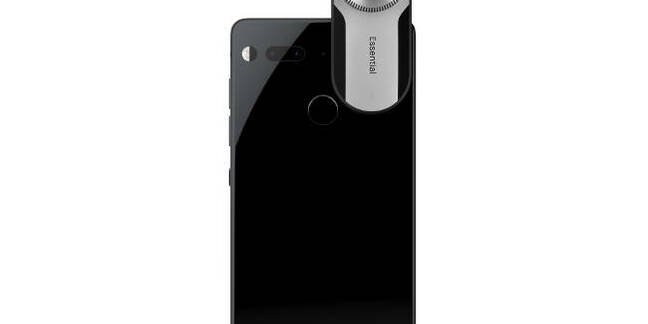 Android godfather Andy Rubin's debut was much anticipated and snagged Sprint as the exclusive carrier. But it appeared late – and the attention didn't translate into sales.

. @Arubin's @essential smartphone is still a long way from becoming a successful venture. In 2017, it shipped less than 90K units (first six months after launch) pic.twitter.com/NHVlA2Gjzr

After reportedly moving just 5,000 phones in the first month, the phone was discounted to $399 in the Black Friday sales.

Rubin has hinted that the phone is part of a wider home automation ecosystem – as the phone's model number ("PH-1") suggests. But as we discussed here, it's hard for a startup to succeed; even giant consumer electronics companies like Apple and Samsung have struggled to convince the market their homes need automating. ®