Lenovo has refreshed its line of storage-area-network boxes for small and medium businesses with improved software.

This faster firmware code has pushed controller IOPS higher, mades disk rebuilds screaming fast, and added distributed RAID, it is claimed. There are three products in this SAN family – the DS2200, the DS4200 and the DS6200 – and they come in 2U enclosures with either 12 3.5-inch or 24 2.5-inch drive bays. Here are Lenovo's stats for this line of machines with the latest updates:

The D2200 2U base unit can add up to three expansion units – what Lenovo calls EBODs, or extended bunch of disks. These expansion units are also 2U-12 or 2U-24 enclosures. That means the maximum number of drives is 48 3.5-inch devices, or 96 2.5-inch jobbies.

Stuart McCrea, Lenovo's director of storage product planning and product management, said it is possible to load the 2.5-inch drives bays with 15TB SSDs and thus have a 1.44PB maximum capacity. With the DS2200 "admittedly there are few use cases for that amount of flash on this controller." 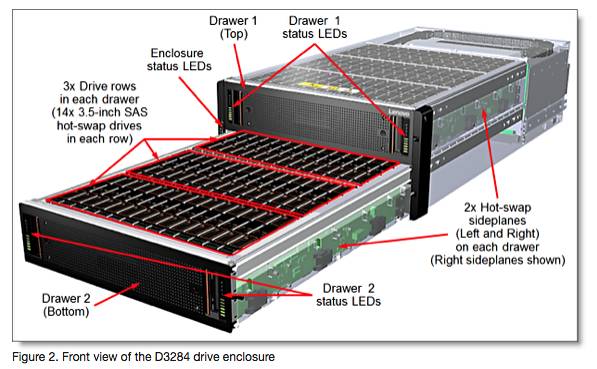 There is, we're told, an upgrade path to go from the starter model to the top-end kit. The pricing is said to be affordable, and the new code and EBODs will be available some time in March. ®

Chinese giants' enterprise businesses do well despite lockdowns. Other segments? Strap in for a bumpy ride
Off-Prem27 May 2022 |

Is state-approved Ubuntu distro how the Middle Kingdom will replace PCs with home-grown kit?
OSes16 May 2022 | 5