The cash comes from IPM Growth, a division of InfraPartners Management LLP, but the amount handed over was unconfirmed.

Adrian Vycital, managing partner of IPM, who joins Tachyum's board of directors, talked up the firm's market.

"One of the obstacles in developing ambitious projects in a number of fields is the lack of access to high-performance processing chips needed to tackle the ever-increasing number and complexity of algorithms demanded of today's computing problems, as well as the high energy consumption of the rapidly expanding data center market."

He claimed that from its base in Europe, "we see that the EU is currently losing the competitiveness of having access to our own proprietary technology...and part of our investment thesis for Tachyum is aimed at addressing that demand and helping to drive the R&D projects of the future forward, faster."

Tachyum said it expects the cloud chip to cut do nothing but good things for data centre customes' total cost of ownership, power consumption and rack space. It would say that though wouldn't it.

He said Moores Law running out means generic x86/Atom and Arm CPU performance has plateaued. The industy needs new technology to break out. The slides below gives a flavour of his pitch. 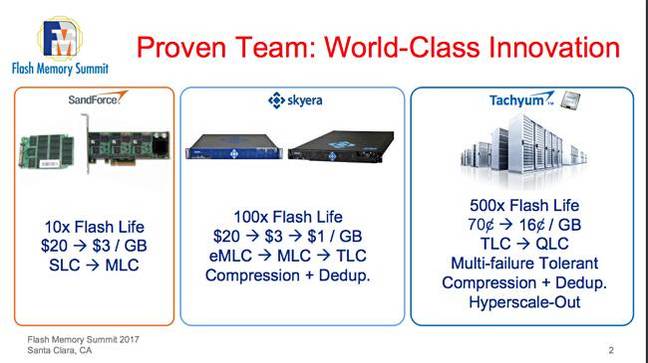 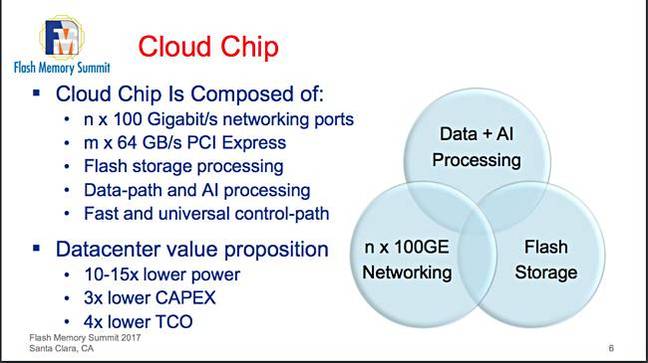 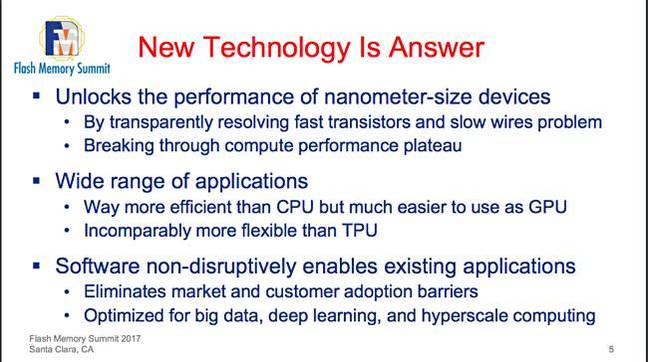 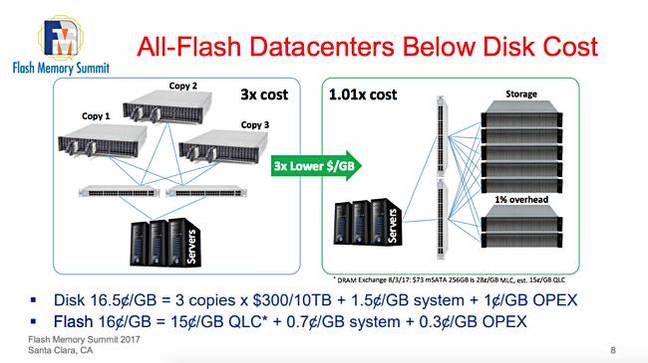 We think we see elements of a compute-on-flash-drive devices here, bringing compute and storage together, and assiting a server's x86 processor – maybe.

Tachyum is setting its sights high, so high, and the risk is that, like Symbolic IO, it will find the task beyond its grasp. ®

'There is no evidence to suggest that TrustCor violated conduct, policy, or procedure' says biz
Security2 Dec 2022 |

Inventor of the spanning tree protocol gets heretical about blockchain, crypto, and why the broken internet is a blessing in disguise
Networks2 Dec 2022 |

Testing is your responsibility, not ours, says PCI-SIG
Systems2 Dec 2022 | 7

Updated Microsoft is literally turning them off and on again, but things are getting worse and a root cause is proving elusive
SaaS2 Dec 2022 | 13