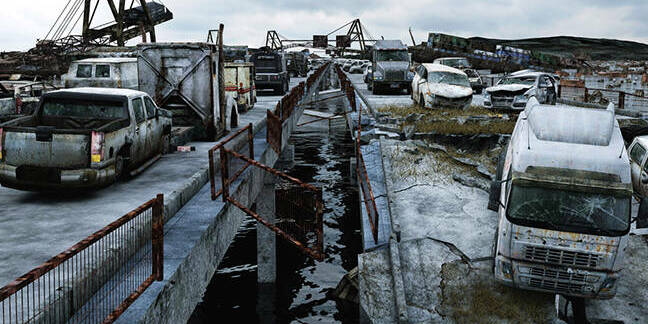 You read it here first: the much-feared Chrome adblockalypse is likely be a soaking wet squib – with many kinds of digital irritant permitted.

As we noted back in December, you need to read the fine print of the industry trade group's standards to know this, though.

The Coalition for Better Ads, which includes ad duopoly Google and Facebook and clickbait-slinger Taboola, "addressed" the scourge of bad online adverts last March by tut-tutting at four kinds of desktop ad and eight kinds of mobile ad, which Chrome's ad-blocking code will now frown upon. That's not exactly prohibiting them.

Google admitted as much here: the ad-blocking enabled this month in Chrome is more of a stern telling-off than an annihilation of advertising from the web.

To put it in perspective, Adblock Plus developer Eyeo said only 16.4 per cent of ads that it deems objectionable are blocked by Chrome's bazooka (see the full spreadsheet here).

Take, for example, autoplaying video ads. These unwanted streams gobble up precious bandwidth – but they're deemed absolutely fine on both desktop and mobile by Chrome, as long as they start playing silently. And there's a giant loophole: "The Better Ads Methodology has not yet tested video ads that appear before ('pre-roll') or during ('mid-roll') video content that is relevant to the content of the page itself."

Last September, Better Ads acknowledged that it had been hard to find a consensus, so the body just punted it into the long grass. It hasn't published a clarification since (PDF).

Another category where you might expect Chrome to object is the "prestitial" ad, which present large or even full-page content where you expect the page you wanted. But they're permitted if there's a place where you can close the box somewhere. Must the close box symobol be visible immediately? No. Are there any standards for it being visible, clear and distinct? Go on. Have a guess.

Ads will still be "permitted" to generate 12 seconds of scroll lag to ensure you see them.

What a wonderful world – so different we can hardly imagine it. It's only really popups and large sticky ads that are frowned upon by the Better Ads Standards, and only the spammiest sites have used popups in recent years. We tried in vain to get a spokesman involved in developing the guidelines last December to see how the standards are evolving. If they're evolving at all, it's out of sight.

Official body the Internet Advertising Bureau is concerned with more pressing issues: combating fraud, and convincing media buyers that an ad is actually visible. It claims some progress on this: UK ad viewability has reached "a three-year high". In reality, ad viewability has reached 56 per cent (in the UK in Q4 2017) – bumping along either side of 50 per cent since 2014. That means almost half of all spending never reaches a human.

The coalition is much newer, created in 2016, after Google expressed concern at the rise of ad blockers and the existential threat these posed. Google was a founder member.

Eyeo's Ben Williams characterises the Coalition approach as making ads so tasteful no one really wants to use an ad blocker. Let's remind ourselves what a scroll lag is in practice:

A standard 300x250 image ad is placed inline with the content. Once the image ad would be in view, the ad and the content below it are forced to wait for 12 seconds before being visible.

If a 12-second scroll lag is tasteful, it's hard to see the public's demand for brute-force blocking diminishing. ®