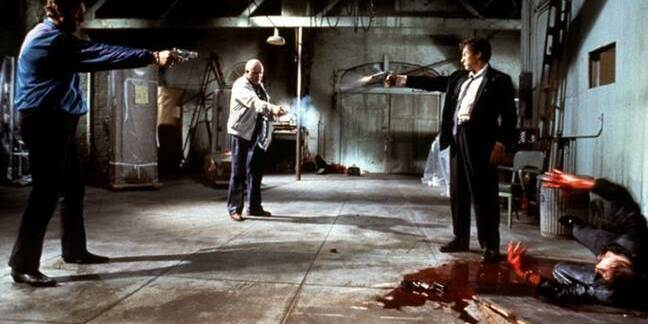 Customers of cryptocurrency exchange Coinbase are still virtually in the dark regarding mysterious withdrawals made from their bank accounts that, in some cases, have apparently left some unlucky punters broke and facing overdraft fees.

On Thursday, Coinbase, a San Francisco upstart, apologized, and claimed it was not at fault, adding that "the erroneous credit and debit charges are the result of Visa reversing and recharging transactions."

"This was not done by Coinbase. We are working with Visa to ensure all affected customers are reimbursed," a rep for the exchange said. The staffer also claimed Visa changed the merchant category code (MCC) for digital currency vendors, linking that update to the unexpected transactions.

Then in a PR move that's depressingly familiar, late on Friday afternoon the crypto-swap-shop fully shifted the blame onto payment-processing giants Worldpay and Visa. Weirdly, the startup pointed us to a "joint statement from Visa and Worldpay for Coinbase customers," rather than an explanation directly from itself.

"This issue was not caused by Coinbase," this joint missive, issued by Coinbase on behalf of Visa and Worldplay, declared.

"Worldpay and Coinbase have been working with Visa and Visa-issuing banks to ensure that the duplicate transactions have been reversed and appropriate credits have been posted to cardholder accounts. All reversal transactions have now been issued, and should appear on customers' credit card and debit card accounts within the next few days."

So, no mention as to exactly how this happened, why this cockup seemingly only affected Coinbase, whether it will happen again, and if people hit with fees and charges as a result of these mystery withdrawals will see those levies refunded.

We asked Visa and Worldpay for their side of the story. Worldpay declined to comment. Visa confirmed to El Reg that it did indeed issue a joint statement with Worldpay on the Coinbase kerfuffle – and then opened up a little more to say, er, well, don't blame us. Specifically, despite what Coinbase claimed on Thursday, Visa said it doesn't reverse payments – that's for the banks to decide.

"Visa does not reverse or resubmit transactions. That is not Visa's role in the payment system," a spokeswoman told The Register.

"All transactions are submitted into Visa's system by a financial institution, which for merchants is their acquiring bank. If cardholders continue to have problems with their accounts after the reversal period, including issues related to card fees or charges, they should contact the card-issuing financial institution."

In other words, contact your bank, or whatever gave you your payment card, if you're unable to get anywhere with Coinbase. Visa also told us it hasn't changed its rules on handling cryptocurrencies, again despite what Coinbase suggested earlier.

Some Coinbase buyers have reported that the phantom transactions have now been refunded, albeit not their transaction fees nor their overdraft charges, while some other folks are still waiting for their money back. Several punters claimed they have reported the matter to the cops, and there's talk of class action lawsuits being flung around.

"I had my bank account wiped out by multiple unauthorized charges from Coinbase on my debit card. I can't pay bills," complained one prolific Redditor.

"After filing a dispute on the charges, my bank has told me, today, that it will be at least ten business days from today before they issue a provisional credit, and then another 40 days of investigation to make those credits permanent. My bank has said they have heard absolutely nothing from Coinbase or Visa or Worldpay.

"Because of Coinbase, I have to live without the money that they took from me for at least two weeks now. I have to be late on bills, I have to borrow money, I have to miss out on opportunities I could have otherwise taken."

Coinbase's reputation has taken a bit of a hit over this even if it is not ultimately at fault. Worldpay is, we note, keeping schtum, while Visa's playing the "weren't me, guv" card. ®

PS: A primer on how credit-card transactions are handled can be found, here, in case you're wondering where Visa, Mastercard et al fit within the payment processing system.