SpaceX's internet satellites to beam down 'Hello world' from orbit

Video The first two internet-relaying satellites in SpaceX's Starlink constellation have been launched into Earth's orbit – and will begin broadcasting to the world this week.

A refurbished Falcon 9 rocket carrying the two birds, as well as the Spanish Paz radar satellite, blasted off today from Space Launch Complex 4 East at Vandenberg Air Force Base, in California, USA, at 0617 PT (1417 UTC). The payload was deployed into orbit around 20 minutes later. The SpaceX sats, dubbed Tintin A & B, will begin broadcasting "Hello World" on Friday.

The Starlink constellation will be made up of 12,000-odd low-Earth orbit satellites wirelessly relaying gigabit-speed internet connectivity to the planet via radio links. The head of the FCC, America's comms watchdog, Ajit Pai has given his blessing to the network, and has said he wants SpaceX's plans approved.

It'll take years for the full network to go into operation, and SpaceX appears to be scaling back its original plan of being an ISP for everyone. In the launch webcast, embedded below, the biz said it would be primarily focused on areas that don’t have good internet access, or where speeds are slow.

"Even if these satellites work as planned, we still have considerable technical work ahead of us to design and deploy a low Earth orbit satellite constellation," one of SpaceX's engineers said.

"This system, if successful, would provide people in low to moderate population densities around the world with affordable high-speed Internet access, including many that have never had Internet access before."

For this flight SpaceX didn’t try and recover the Falcon first-stage booster and let it crash into the ocean. However, there was a recovery attempt to get the fairings from the flight back. The fairing protects the payload when the rocket is blasting up through the skies but is useless once the spaceship has passed out of the atmosphere and is jettisoned.

In past missions these have fallen back to Earth and sunk, but Musk said at the Falcon Heavy launch that he wanted to get a system in place to reuse them. The fairings cost $6m and Musk is eager to recoup that money by catch and retrieve the hardware and thus help his bottom line. 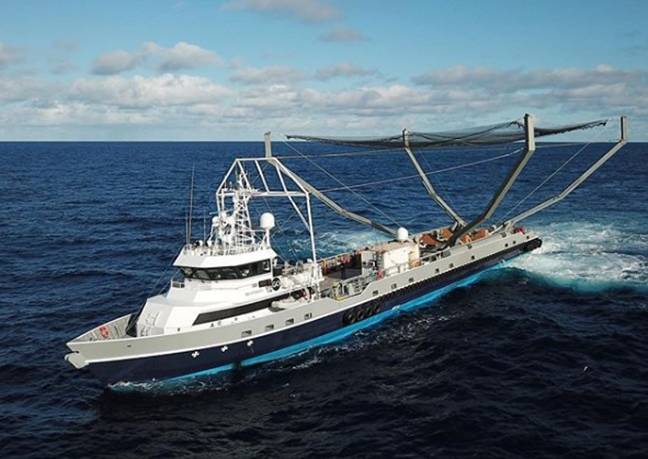 The new addition to SpaceX's fleet ... The 'catcher's mitt' boat

To that end SpaceX has bought a recovery vessel, dubbed Mr Steven, which has a huge net stretched out over the ship's deck. The new fairing has a parafoil added, so that once it detaches from the payload it could glide back to Earth.

That's the principle but it didn’t work that way on Thursday. The fairing came off just fine and plummeted back to Earth at eight times the speed of sound. The parafoil deployed but Musk said it wasn't big enough and Mr Steven missed the catch by a few hundred meters. 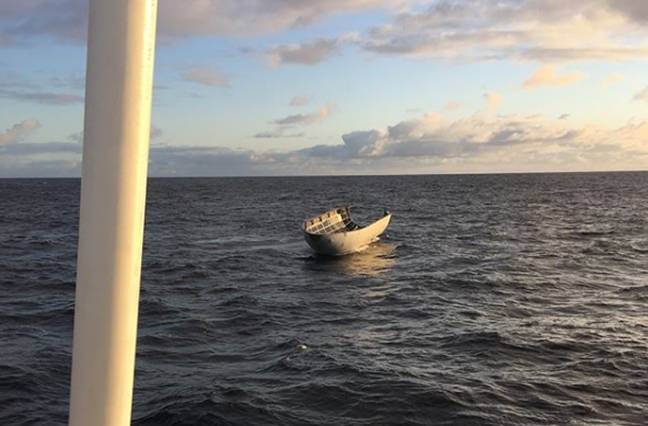 That won't stop SpaceX trying this again – after all, $6m is not to be sniffed at. And the Musketeers aren't alone in seeking to reuse orbital delivery fairings.

Swiss manufacturer RUAG, which builds the fairings for Ariane 5 and Atlas V500 rockets, also has a plan to recover and reuse rocket fairings. Its plan is slightly simpler, just bundling in a parachute to the housing, and the first system is due to be tested later this year. ®