Flappy Friday for Stack Overflow as outage woes run on

Well, guess it's nearly the weekend 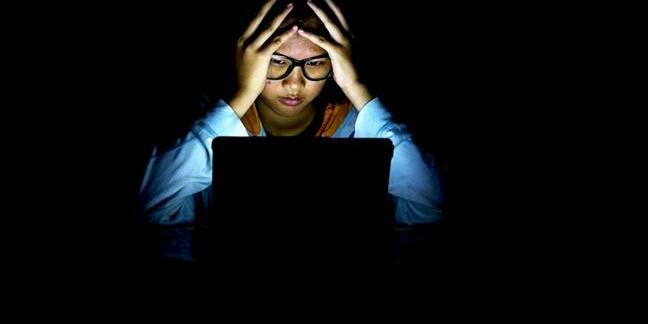 Updated The keys Control, C and V are gathering dust around the world as Stack Overflow went for an uscheduled nap last night before going into full blown TITSUP* mode today.

The site, popular with code botherers and set to celebrate its 10th birthday in 2018, is an open community of questions and answers for techies and often the first stop on any journey to solve a thorny (or ludicrously simple) programming problem.

Social media has been alive with the anguish of programmers suddenly having to remember how to figure things out for themselves.

@StackOverflow is down! 😵 Chaos in the streets, the end of the world. pic.twitter.com/t1TGvYEUXs

When Stack Overflow breaks down where do they go to ask for help? pic.twitter.com/cTctOdS8EK

The site fell over yesterday afternoon at around 1640 GMT, slipped again last night at around 2100 hours and started crashing again in the wee hours of this morning. Clearly, trouble stalks Stack Overflow's network.

Should the outages continue, thirsty techies will doubtless start pondering when would be an appropriate time to wheel out that old BASIC favourite:

With Stack Overflow having problems of its own, conversion of the above script to a more modern language may present a challenge. If only there was a handy site full of helpful questions and answers. Oh.

Stack Overflow has yet to publish an explanation for the ups and downs. Productivity-watchers will be hoping things stabilise before the working day comes to an end.

We've asked SO what ails it and will update when it gets back to us. ®

Stack Overflow spokeswoman Chloe Celand told us: "We're working hard on the issues behind the scenes and addressing the connection issues. Having spoken with our Architecture Lead it appears that it was a combination of a lot of things that came up at once, ultimately resulting in database connections being created faster than we can catch up at our scale on 2 of the 9 web servers handling Stack Overflow traffic. The main issue was 2 servers that wouldn't recover, that we removed, recycled, and restored to service. The ultimate bug here was: they should have been taken out automatically and weren't."

Stack Overflow banishes belligerent blather with bespoke bot – but will it work?

Boffins find sharing snippets of code has a downside

Python still popular. Visual Basic for Applications liked about as much as meetings