Customer spending on SSDs finally ruled the storage roost in 2017 but vendors still shipped more than ten times as much disk capacity as flash.

The crossover actually happened in the second 2017 quarter. Full year numbers look like this:

Rakers modelled the numbers to 2021 for both capacity and value: 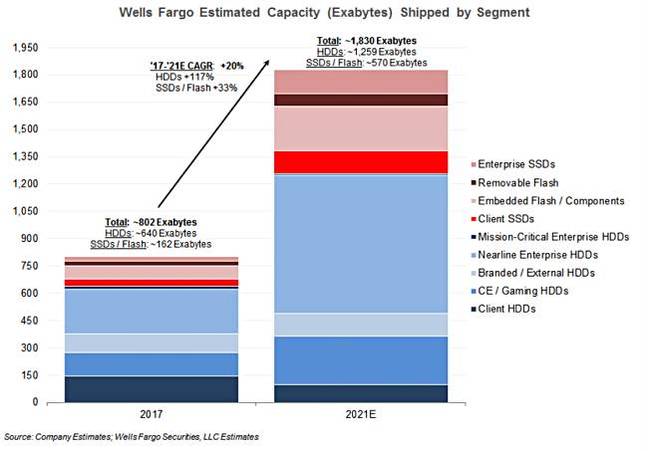 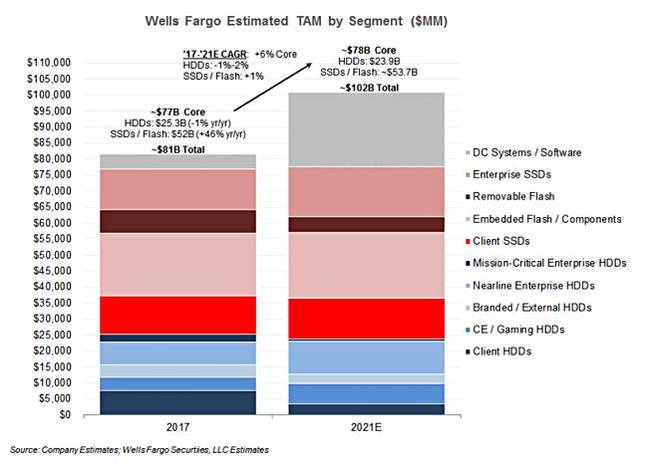 This shows the total available SSD market growing at 1 per cent compound annual growth rate as the disk equivalent shrinks as -1 to -2 per cent but is still forecasted to be worth $23.9bn in 2021. Cheap, high-capacity flash isn't going to be nearly cheap enough to force any major nearline data move from disk to SSD.

The combined WDC and Toshiba share, at around $5.4bn, is not too far from Samsung's $6.2bn. The Intel-Micron duo's combined share of $2.75bn is a long way short of the Samsung level. ®