Flash arrays are their business and business is a'ight – finally

Some 76 per cent of sales were generated in the US and the remainder from ops spread across the rest of the globe.

There was a net loss of $11.9m, resoundingly better than the $42.9m loss recorded a year ago and the $41.16m loss in the previous quarter. This is Pure's smallest loss since it went public, as the chart shows: 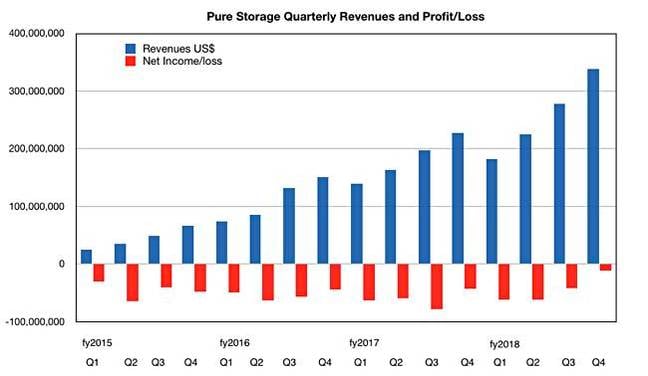 With this much reduced loss in the latest quarter we might see Pure's first profit during the coming quarters. 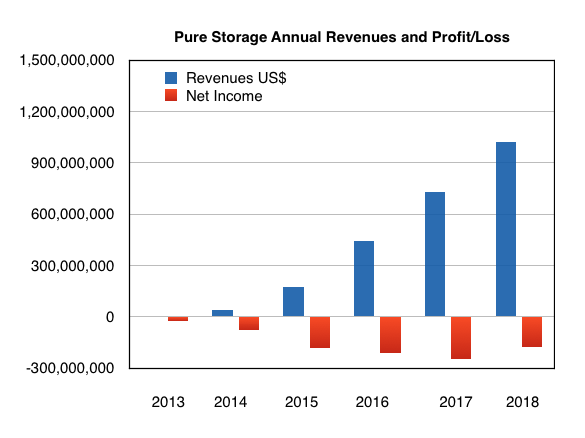 Humble-bragging Pure CEO Charlie Giancarlo claimed it was nearly two decades since an independent IT biz "reached this revenue scale. We have achieved the $1bn milestone in just over eight years since our founding".

Pure president David Hatfield noted the "increase in win rate across all of our competition."

There were 500 new customers in the quarter, taking the total count past 4,500. According to Wells Fargo senior analyst Aaron Rakers: "IDC estimates Dell EMC all-Flash revenue was -13 per cent yr/yr in C4Q17.

Here's a chart Rakers has prepared of AFA vendor revenues and how they compare: 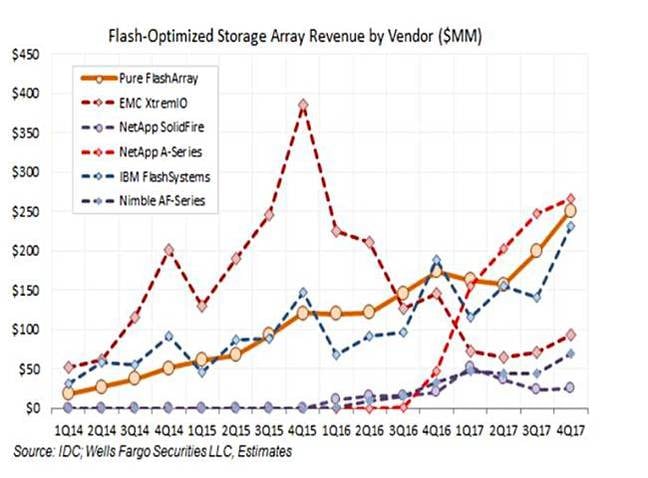 Dell EMC's XtremIO is the big faller, although picking up slightly in the last couple of quarters. HPE Nimble's AF is in the same revenue area now, and also rising, while NetApp's SolidFire trails the pack. He doesn't have HPE 3PAR on this chart.

Hatfield mentioned FlashStack in the earnings call: "FlashStack momentum has also remained strong, with presence now in more than 30 countries. Growth for this joint solution with Cisco has significantly outpaced the overall converged infrastructure and integrated systems markets."

He praised FlashBlade, its massively parallel architecture and its rapid restore capability, but released no numbers: "FlashBlade had a very good year and finished with a great Q4."