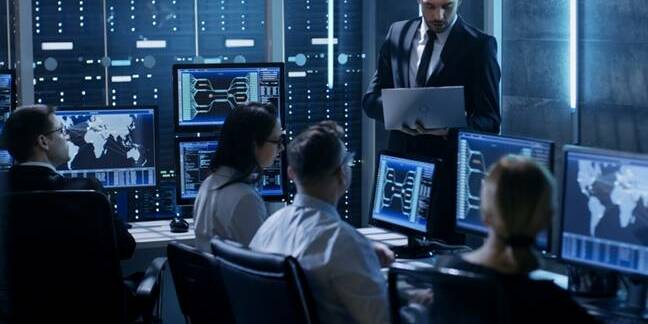 Courting the lucrative government contract market, Microsoft has unveiled custom versions of Azure Stack and Microsoft 365 for the US government.

Redmond says the Government editions of the two cloud platforms would feature special security and management options designed for US government agencies.

For Microsoft 365, this means built-in compliance with federal data standards (like FedRamp). The package bundles Windows 10, Office 365, and Enterprise Mobility + Security with Microsoft's secure government cloud service - an isolated data center run by accredited staff intended solely for use by the US government.

In addition to compliance with government regulations and data standards, Microsoft is pitching the service on its security benefits, noting that the managed Windows will get security patches and updates faster than an on-prem system would.

"Microsoft can quickly update its services to protect against threats, where many government agencies with on-premises environments may take weeks if not months to deploy patches in the event of an attack," wrote Josh Rice, general manager for Microsoft Worldwide Modern Workplace.

"Our ability to dramatically speed up the timeline can result in real ROI savings—and better protected citizen data—for our government cloud customers."

The Microsoft 365 government bundles will be offered in three flavors: government community cloud (for civilian agencies and state/local governments), GCC High (for defense contractors and high security applications) and DoD Cloud, for the US Department of Defense.

Azure Stack, the on-prem version of Microsoft's Azure cloud service, has also been given a makeover for US government work. Microsoft believes the Azure Stack bundle (set to arrive later this year) will be particularly useful for remote locations, like field offices or embassy buildings, where agencies want to keep data locally.

The government edition of Azure Stack will let those agencies run the Azure Government as an on-prem system without the need to connect to a cloud service over a potentially insecure or unstable internet connection.

"With Azure Stack, it becomes possible to process data in the field without worrying about latency or internet connectivity, and then run aggregated analytics in Azure Government to get the most precise predictions and anomaly detections," wrote Azure Stack director Natalia Mackevicius.

"In each of the scenarios, a hybrid cloud extends from enterprise to the tactical edge, which can be connected or offline or disconnected environments."

The specialized Azure facilities will cater exclusively to national security agencies and are cleared to host files designated up to DoD Impact Level 6. Previously, Azure government facilities were only cleared to handle up to level 5.

For now, the services are exclusive to US federal, state and city governments. Microsoft has not said if or when the cloud services will roll out internationally. ®

Electron devs bond at Covalence conference: We speak to those mastering the cross-platform tech behind Slack, Visual Code Studio, etc