Defra to MPs: There's no way Brexit IT can be as crap as rural payments 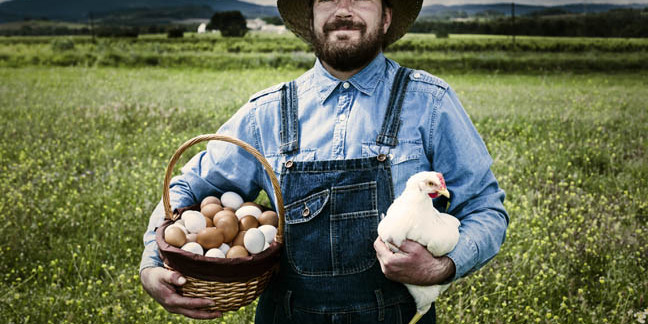 The IT challenges posed by Brexit to the Department for Environment, Food and Rural Affairs (Defra) are "significantly less complex" than its woeful Common Agricultural Payments system, Defra's permanent secretary has told MPs.

Around half of Defra's Brexit-related programmes (20) contain an IT element, making the department one of the most exposed to leaving the EU because 80 per cent of its work is framed by the bloc's policy.

Common Agricultural Policy IT has a troubled history, coming into the spotlight once again in 2015 due to a botched £215m IT system for the Rural Payments Agency. Given its track record, perm sec Clare Moriarty was yesterday asked by the Public Accounts Committee how confident she was in the Brexit IT plans.

She said: "I can assure you that we are very mindful of, and [have looked] closely at what lessons we can take from the most recent experience of implementing the CAP system."

She identified four systems that the department would have to build in a no-deal scenario. "These are builds that are significantly less complex than the CAP delivery system... If you look at the CAP delivery system, it had a very complicated rules engine... an interface with a mapping-based system, and 88,000 people who all need to access it directly.

"The import control IT system, which is the most complicated one we need to introduce, is relatively straightforward [although] I would never underestimate the complexity of IT... there are only around 3,000 expert users who will need to work with it."

The remainder of the projects are either "at the end of a process of discovery" or "slightly further back, depending on how large or critical we think the elements might be", she said. Some of those will need permanent IT system replacements further down the line "but that is something we can do in slightly slower time".

Moriarty was also asked how her department intended to cope with the fact some of its IT systems will depend on policy not yet developed.

She said the ones it needs to develop most quickly are where it is "pretty clear on what the policy and needs are going to be" with the department making do with its current systems and adapting them where appropriate.

Committee chair Meg Hillier observed that Defra hopes its systems will "limp over Brexit period". The department is seeking around £200m from the Treasury in preparation for Brexit.

So far it has released 100 people into its digital data and technology service and is working with a number of partners to meet the "delivery timetables". Defra set up its Brexit IT programmes early on, Moriarty said.

Key programmes at risk of delays or failure were the department's import controls systems, the database replacement for the Registration, Evaluation, Authorisation and Restriction of Chemicals, the export health certificates, catch certificate for marine caught fish for human consumption, and the system for veterinary medicines.

"That group of projects are constantly at front of mind," said Moriarty. ®