Elon Musk's audacious plans are usually met with acclaim, and sometimes even awe – but not this time. Fresh details of The Boring Company's urban transport plans have been lambasted on social media.

The Tesla and SpaceX founder gushed about "1000s of small stations the size of a single parking space that take you very close to your destination & blend seamlessly into the fabric of a city, rather than a small number of big stations like a subway".

Sound familiar? It should. While Musk may not be aware of "buses", Twitter has a passing familiarity with them.

Gotta say - I'm really enjoying how much Elon Musk is getting mocked for this - he's re-invented the bus-stop and suggests that rather than invest in small amounts of money for say, dedicated bus lanes, cities should invest $$$ in digging bus tunnels everywhere. https://t.co/weLZztwytT

The teasing increased when the promised video clip illustrating Musk's NotABus was revealed. 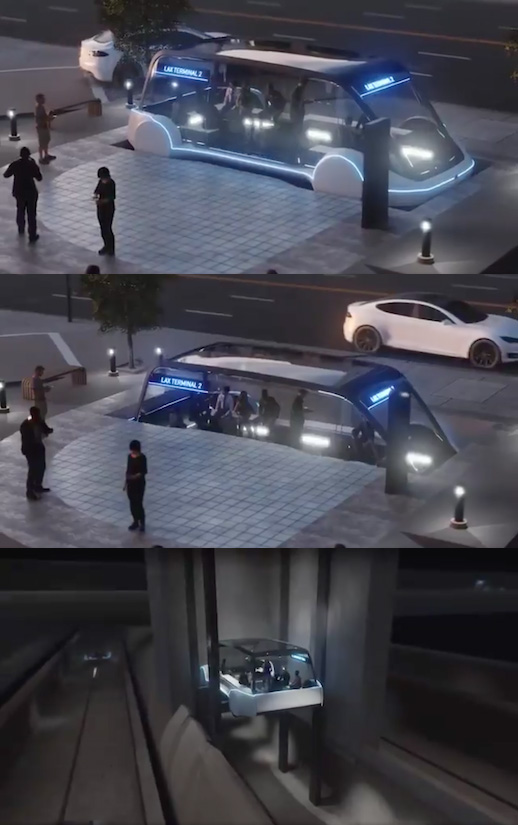 It's a bus on a lift! Shots from Musk's video illustrating urban transit

Musk's vision amounts to little more than an underground bus network, only with the shuttles rising to the surface very slowly on expensive lifts – then back down again. Last year The Boring Company originally envisaged [video] building tunnels for electric cars (of course) to move around at high speed on sleds. Boring now says that buses would take priority over private vehicles.

As many pointed out, this means a Boring Bus has a longer "dwell time" – how long a vehicle remains stationary – than a conventional surface bus. This increases inefficiency and reduces the effective capacity of the bus network.

London-based readers may recall that the dwell time became a political issue. TfL claimed that newer articulated ("bendy") buses reduced dwell time compared to the Routemasters they replaced. But this was only true if fewer than 10 passengers boarded – and TfL was ticked off by the Advertising Standards Agency (subsequent research doesn't back the bendies).

Many multi-layer tunnels ("10, 20, 30 layers deep or more") are envisaged as part of Musk's urban transport masterplan. Presumably The Boring Company will be paid by the mile bored. Musk's claim that it has a 14x increase in speed over conventional, commercial borers has also been met with industry scepticism. 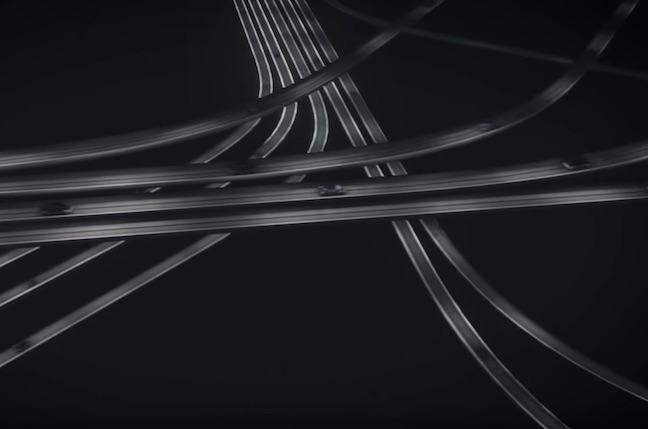 On the basis of Musk's tweets, it is difficult to believe he has been working on urban transport for two decades, if not longer. But then Musk has expressed his dislike for aspects of conventional public transport – it forces people to be in proximity of each other. And that stranger might be a "serial killer".

In cities, @elonmusk's hatred of sharing space with strangers is a luxury (or pathology) that only the rich can afford. Letting him design cities is the essence of elite projection. https://t.co/gtSVgPkfPo https://t.co/CmCpoIJ5NE

Public transport consultant Jarrett Walker described this as "elite projection" only to be called a "sanctimonious idiot" by Musk.

In response to the ridicule, Musk reluctantly acknowledged that this could be described as a "bus". But not any old bus. A magic, techno-utopian bus.

"I guess you could say it's a 150mph, underground, autonomous, electric bus that automatically switches between tunnels and lifts. So, yes, a bus," he wrote, through polished gritted teeth.

"He's beginning to look like the #RobertMoses of the 21st Century – with a veneer of technologist hipster shielding to make him look cool," wrote another critic, referring to the New York City supreme planning overlord who evangelised the car, despite not being able to drive. ®