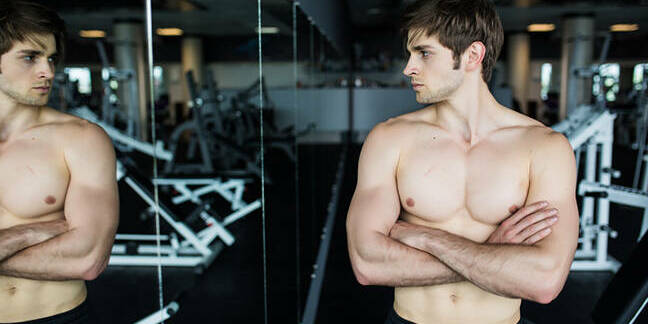 The Russian government has again intimated that it is prepared to cut itself off from the global internet, with a presidential aide telling a Russian news network that it is "ready for anything."

Russian presidential aide on the internet, German Klimenko, took an unusual tack: he suggested that Western nations would be the ones to cut off Russia from the global network as part of broader sanctions. If that happened, he theorized, Russia was ready.

The interview with NTV was also written up by news site RT indicating that the Putin government is pushing the argument.

Klimenko then went into some detail over how there would be some disruption – but only for non-Russian organizations. "Failures always occur when moving from one technology to another. Someone will face connection troubles," he said.

"Probably, it will be found out that someone kept data abroad, although there is a decree to store it in Russia. Someone is still hosting their domains outside the country. They will, therefore, probably experience some difficulties."

Klimenko is referring to a raft of new laws that Russia has passed in the past year covering the internet. In many ways those laws mirror ones passed in China, although they take a slightly less controlling approach, thanks to the fact that Russian does not have China's massive censorship apparatus.

Among those new laws is: a ban on virtual private networks (VPNs) – used to circumvent state-imposed censorship; a requirement for operators of messaging services to verify their users' identities through phone numbers; a requirement for operators to introduce new systems to cut off any users that are deemed by the Russian government to be spreading illegal content; and a data privacy law that requires companies to store data on Russian citizens on servers within Russia.

That last requirement – on local data storage – has already seen some big-name Western companies leave or be booted out of Russia, including Twitter and LinkedIn.

However, there is virtually no chance that other nations would seek to exclude Russian from the global internet, which raises the question: why would the Russian government pretend there was such a risk?

Reddit 'fesses up to just a little Russian reaming

And the answer is two-fold. First, it feeds a persistent line of propaganda pushed by both the Russian and Chinese governments: that Western nations, and in particular the US, are able to control the internet. And second, it is a response to criticism from the US government that the countries' new laws are "restrictive and isolationist."

In the first case, the Russian and Chinese governments are frustrated that despite determined efforts for over a decade, they have been unable to introduce greater controls into the heart of the internet.

For many years, Russia in particular tried to move technical oversight of the internet away from internet organizations and the US-based non-profit ICANN and award it to the technical arm of the United Nations, the International Telecommunications Union (ITU).

Russia has a disproportionately large influence on the ITU and UN body's decisions are made by governments; whereas internet organizations tend to give an equal say in decision-making to business, the technical community, civil society and governments.

Having been stymied in their efforts, Russia and China started pushing parallel internet governance efforts, including their own conferences to which they invite other countries with a similar authoritarian mindset.

One of the most persuasive arguments made in those circles is that the US and Western nations are able to control the internet's infrastructure - to the extent that they could cut off an entire nation by tweaking the domain name system.

Livin' in the past

That claim is what was behind the US government's decision to relinquish its authority over ICANN back in September 2016. Despite removing itself from the system, however, Russia is reluctant to let go of its anti-US rhetoric and so has been finding lots of ways of implying that the system is still controlled by the US and its proxies.

The truth however – as we walked through back in December – is that even though it is theoretically possible that the US government could force a change to the DNS – for example, cutting off the Russian .ru top-level domain – it would be a catastrophic error of judgment will little or no upside and would result in an almost immediate split in the internet with a global loss of trust in the US.

Regardless, Russia continues to keep up its posturing because it appears to strengthen its arguments for why it needs to introduce new laws restricting use of the internet.

As for responding to criticism from other nations over those laws, the most recent back-and-forth came at the end of last month at a conference in Ottawa, Canada.

The conference was titled the "Global Internet and Jurisdiction Conference" but was basically Western nations' response to China's World Internet Conference, which it rebooted in December and boasted Apple CEO Tim Cook as a keynote speaker.

At that Canadian conference, the main US government representative, Assistant Secretary of Commerce David Redl, used a significant part of his speech to criticize China and Russia.

"In some countries, governments are responding with restrictive and isolationist policies," he said. "These include censorship, blocking, demanding a 'right to be forgotten,' and requiring localized data storage. These policies seek to maintain the perception that our borderless, open Internet can be managed, bounded, and conformed to fit with local laws."

He went on to argue that this approach was "understandable, but regrettable. We understand that governments are trying to respond to very real challenges and concerns that their citizens have.

"They want to both protect and project their sovereignty," he went on. "But global companies end up getting caught in the middle of these conflicting policies, and as they work to address competing and inconsistent legal demands."

Redl also made it clear that the US government will continue to push its preferred model of decision-making where not just governments get to decide on the future evolution of the internet.

"I'm optimistic that governments will ultimately realize that it is in everyone's interest to keep the Internet open and keep the data flowing around the world.," he said. "The key will be whether civil society, industry, and forward-looking voices in government are able to effectively highlight the benefits of a global Internet, to persuade those on the other side of the debate that the challenges of the free flow of data are far outweighed by the benefits."

It's safe to say the Russian government was not excited about those arguments. And so we have a presidential aide suggesting that Western nations could cut off Russia from the internet, followed by the claim that Russia would be fine anyway, and then for good measures tacking on a threat that anyone not abiding by its local-data-storage law would be disrupted.

In other words, Russian is puffing itself up in front of the mirror. Again. ®