Great, you're in space. But everything's all blurry 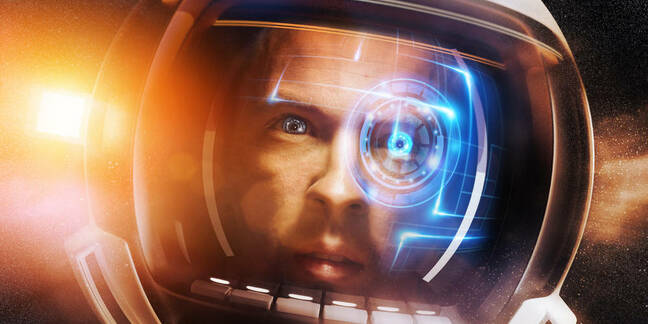 An ophthalmologist studying astronauts in the International Space Station has found long-term structural changes in their eyes.

Nimesh Patel, an assistant professor at the University of Houston, examined data taken from the optic nerve head, the circular area at the back of the eyeballs where the optic nerve is connected to the retina, for 15 astronauts who had spent a 6-month long mission to the space station.

“We studied pre-flight and post-flight data and detected changes in morphology of the eyes,” he said on Tuesday.

The results were published in a paper in JAMA Opthalmology in February, and show that the thickness of retina, a layer containing cells that pass signals to the brain via the optic nerve, increased. Their eyes were also riddled with more choroidal folds, marks indented into a layer in front of the retina.

Floating amongst the stars in zero-gravity may sound peaceful, but you might not see much as some astronauts have reported blurry vision and headaches.

“The results of these investigations suggest that, although there may be resolution of structural changes, there could be long-term ocular anatomical changes after extended-duration spaceflight," said Patel.

He found these changes by developing an algorithm to spot the differences between the astronauts and healthy control subjects, who hadn't been to space.

"My hope is one day we can use some of these algorithms we've built on patient care. They provide us a novel and interesting set of data that helps us build algorithms sensitive enough to detect small changes," he concluded.

The exact cause of these symptoms and changes is still unknown, but it is speculated that it's down to a shift of the cranial fluid contained within and around the brain. The lack of gravity causes the liquid to migrate upwards, leading to puffy faces, blocked sinuses and a dulled sense of taste.

NASA is expected to release a full summary report comparing the psychological and physiological wellbeing of the twins later this year.

The point of all this research is that if humans are going to get to other planets then it's going to take a long time in space, based on current propulsion technology. NASA is trying to find out if they'll be in a fit state to carry out their missions after such a sojourn. ®