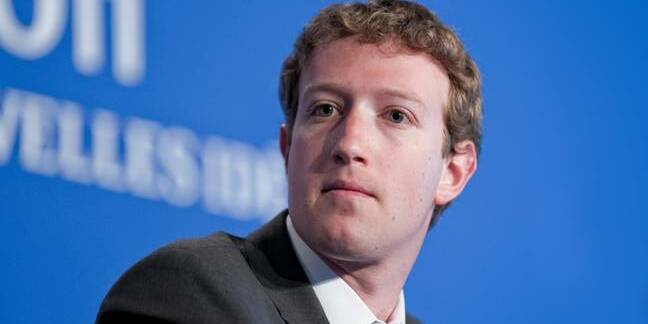 WhatsApp has agreed not to share users' data with parent biz Facebook after failing to demonstrate a legal basis for the ad-fuelling data slurp in the EU.

The move comes after a years-long battle between the biz and European data protection agencies, which argued that changes to WhatsApp's small print hadn't been properly communicated and didn't comply with EU law.

An investigation by the UK's Information Commissioner's Office, which reported today, confirmed the biz has failed to identity a legal basis for sharing personal data in a way that would benefit Facebook's business. Moreover, any such sharing would have been in breach of the Data Protection Act.

In response, WhatsApp has agreed to sign an undertaking (PDF) in which it commits not to share any EU user data to any other Facebook-owned company until it can comply with the incoming General Data Protection Regulation.

The ICO celebrated the deal as a "win for the data protection of UK customers" – a statement that Paul Bernal, IP and internet law expert at the University of East Anglia, said he agreed with only up to a point.

"This is indeed a 'win', but a limited one," he told The Register. "It's only a commitment until they believe they've worked out how to comply with the GDPR – and I suspect they'll be working hard to find a way to do that to the letter rather than to the spirit of the GDPR."

Using consent as the lawful basis? No dice

At the heart of the issue is consent. In summer 2016, a privacy policy update said that, although it would continue to operate as a separate service, WhatsApp planned to share some account information, including phone numbers, with Facebook for targeted advertising, business analysis and system security.

Although users could withhold consent for targeted advertising, they could not for the other two purposes – any users that didn't like the terms would have to stop using WhatsApp.

The EU data protection bodies have previously said that this "like it or lump it" approach to service use doesn't constitute freely given consent – as required by EU rules.

Similarly, they felt that WhatsApp's use of pre-ticked boxes was not "unambiguous" and that the information provided to users was "insufficiently specific".

The investigation – which looked only at situations where WhatsApp wanted to share information with Facebook for business interests, not service support – confirmed concerns that the policy wasn't up to scratch.

Information commissioner Elizabeth Denham said WhatsApp had not identified a lawful basis for processing, or given users "adequate fair processing information" about any such sharing.

"In relation to existing users, such sharing would involve the processing of personal data for a purpose that is incompatible with the purpose for which such data was obtained," she said.

She added that if the data had been shared, the firm "would have been in contravention of the first and second data protection principles" of the UK's Data Protection Act.

WhatsApp has maintained that it hasn't shared any personal data with Facebook in the EU, but in a letter to the biz's general counsel Anne Hoge, Denham indicated that this had not been made clear at the outset.

Denham wrote that the initial letter from WhatApp had only stated data sharing was paused for targeted ads. It was, she said, "a fair assumption for me to make" that WhatsApp may have shared data for the other two purposes, "but have at some point since that letter decided to pause" this too.

However, she said that since WhatsApp has "assured" the ICO that "no UK user data has ever been shared with Facebook", she could not issue the biz with a civil monetary penalty and had to ask WhatsApp to sign the undertaking instead.

Next up: Legitimate interests

Denham's letter makes it clear that the companies will be working to make sure that data sharing can go ahead in a lawful way, particularly for system security purposes, for which it may consider using the "legitimate interests" processing condition.

She noted that there would be "a range" of legitimate interests – such as fighting spam or for business analytics – but that in all cases it would need to show that processing was necessary to achieve it, and balance it against individuals' rights.

Bernal said that if the biz had any plans to use the consent condition for processing, it "will need huge scrutiny".

"It's almost impossible for most users to understand what they're really consenting to," he said. "And if ordinary users can't understand, how can they consent?"

Jon Baines, data protection adviser at Mishcon de Reya, also noted that the fact WhatsApp had held its ground on what he described as a "key point" could put the ICO in a difficult position down the line.

"It's very interesting that the ICO is classing this as a 'win', because – although on the surface it seems like a success – it's notable that WhatsApp have reserved their position on a key point, which is whether the processing in question falls under the UK's remit by virtue of the fact that it takes place in the UK on users' devices," he said.

"Normally the effect of an informal undertaking will be to encourage a data controller voluntarily to take or cease action, to avoid the need for legal enforcement which would otherwise be available.

"Here, should WhatsApp subsequently fail to perform the undertaking, the ICO might be compromised if there is no clear basis on which it can follow up with enforcement action."

In a statement sent to The Register, WhatsApp emphasised the pause it had put on data sharing. "As we've repeatedly made clear for the last year we are not sharing data in the ways that the UK Information Commissioner has said she is concerned about anywhere in Europe."

It added that it "cares deeply" about users' privacy and that "every message is end-to-end encrypted". ®