Citizens not keen on having habits tracked are watching closely 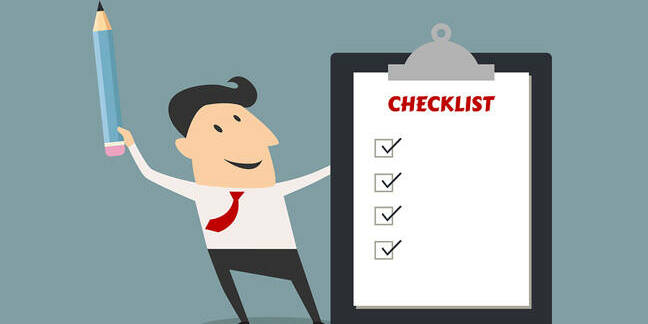 A spec for online age verification is due to be published on Monday, a decision backers hope will pacify opponents of the smut checks.

The move comes as the pornography industry gets ready for a major overhaul of the way viewers can access web-based content, with everyone who wants to have a quick fiddle asked to verify they are over 18.

The blueprint on how to go about checking online visitors are old enough to see racy stuff won't recommend any particular tools, but will set out which boxes providers must tick in order to get the seal of approval.

There are a number of issues yet to be ironed out, and websites and age-verification companies have clamoured for better guidance.

Critics want to see more protections for what will be very personal data - credit card numbers, etc - and assurances that their browsing habits won't be tracked.

To tackle these concerns, the Digital Policy Alliance has led efforts to develop a Publicly Available Specification (PAS) – due to be designated a code of practice number 1296 – and yesterday told a press briefing it is due to be published on 19 March.

Speaking at the event, crossbench British peer Merlin Hay, the Earl of Erroll, said that as well as the children (which of course everyone keeps telling us to think of in this legislation), it's also important that websites are able to keep doing business in the UK.

Critics want to see more protections for what will be very personal data and assurances that their browsing habits won't be tracked.

"We need to make the UK a safe place to do business," he said. "That's why we're producing a British PAS... that set out for the age check providers what they should do and what records they keep."

The document is expected to include a discussion on the background to age verification, set out the rules in accordance with the Digital Economy Act, and give a detailed look at the technology, with annexes on anonymity and how the system should work.

Essentially, though, the PAS will be a due diligence code for suppliers – rather than a British, English or international standard*. The technical content of a PAS doesn't have to achieve full consensus between all stakeholders but it sets a standard for a whole industry.

This PAS will sit alongside data protection and privacy rules set out in the General Data Protection Regulation and in the UK's Data Protection Bill, which is currently making its way through Parliament.

This point was emphasised by Hay throughout, who said that there had been "a lot of red herrings" in the debate about the introduction of age checks when it came to privacy.

He said that opponents had tried to "attack" the plans for a failure to include rules on data protection, but argued that this was not possible because it is covered by other legislation.

"We can't put rules about data protection into the PAS… That is in the Data Protection Bill," he said. "So we refer to them, but we can't mandate them inside this PAS – but it's in there as 'you must obey the law'... [perhaps] that's been too subtle for the organisations that have been trying to take a swing at it."

Elsewhere in the discussion, Hay suggested the British Board of Film Classification could mandate that each site had to offer more than one age-verification provider, which would give consumers more choice.

The BBFC is due to launch a consultation on the guidance towards the end of the month. ®

* The Digital Policy Alliance notes that the the PAS is a framework to check tools for age-restricted merchandise, age-gated media and, of course, adult content - it isn't a British Standard (BS), European Norm (EN) or International Standards Organisation (ISO) standard

Updated Ministry of Fun admits it forgot to tell the EU

This time it's an auditor who literally can't say no

Let 15 July forever be known as P-Day: When UK's smut fans started being asked for their age

You have three months left of unfettered self-love to enjoy

Age checks for online pr0n? I've never heard of it but it sounds like a good idea – survey