Windows 10 to force you to use Edge, even if it isn't default browser

Grab some popcorn: Redmond has asked for feedback 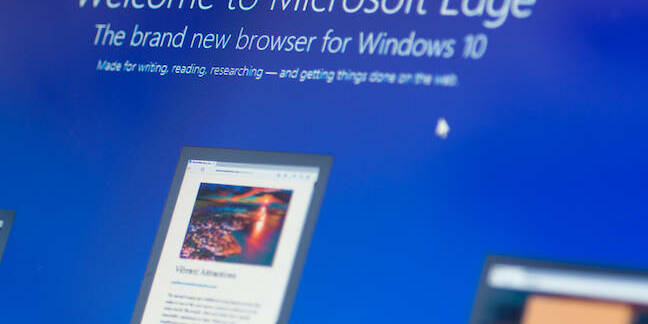 Microsoft’s about to test a new feature of Windows 10 that will force users to employ its Edge browser under some circumstances.

Revealed in the announcement of Windows 10 Insider Preview Build 17623 for Skip Ahead, the change means “we will begin testing a change where links clicked on within the Windows Mail app will open in Microsoft Edge”.

Microsoft’s justification for the change is that Edge is the best, most secure browser on Windows 10.

But the change will reportedly override users’ preference for default browser.

And of course the change also applies to a Preview, meaning there’s a decent chance this “feature” won’t ever make it into a proper version of Windows 10.

Microsoft’s post is also peppered with calls for feedback: The Register imagines few comments Redmond receives will be positive. ®