SAP: Psst. Use our predictive analytics in your apps – you won't even know we're there 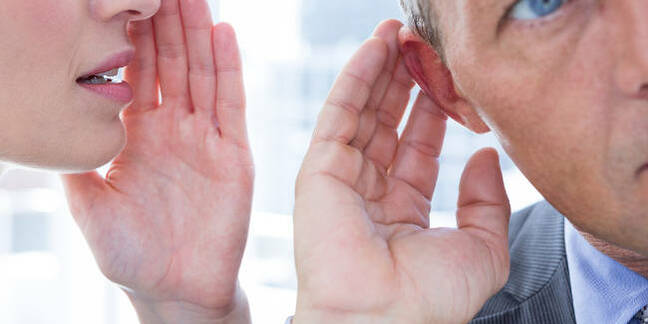 German ERP giant SAP has launched an Application Edition of its Predictive Analytics software – part of its Leonardo toolkit.

The aim is to allow customers to make data-driven decisions without disrupting workflow.

Mike Flannagan, senior vice president for analytics and Leonardo, said companies needed to stop seeing analytics as an add-on in their processes.

“We’re seeing analytics more and more as something that needs to move from being off to the side, to something that has to be embedded into the workflow,” he told The Register at the Gartner Data and Analytics Summit in London.

The software can be embedded into any application – not just SAP’s – and aims to allow people who wouldn’t necessarily use data analytics tools on a day-to-day basis to benefit from better analyses without disrupting workflow.

“I can’t ask an HR manager to work in a tool like [SAP’s] SuccessFactors all day and then stop, take the data out, put it into an analytics tool, just to help do that – it’s just too disruptive to workflow,” he said.

Instead, the new release will allow the customer to embed it into the application, avoiding data transfers – while offering them the chance to use analytics without SAP’s name all over their systems.

“It’s really powerful for customers who build their own applications. It’s being able to embed the power of data-driven analytics but without looking like SAP,” he said.

“It’s a recognition that companies build their own applications and don’t want a vendor’s branding all over them, but don’t have the in-house capability to build powerful data science or machine learning tools on their own.”

Pick a tech buzzword. Yeah, we have a toolkit for that

Leonardo – which throws every innovation possible (Internet of Things, machine learning, blockchain, plus the kitchen sink) at customers – was launched almost a year ago. But it has yet to make a big impact on the market, and some observers have suggested that it was released before the tech was fully ready.

A survey of UK SAP User Group members revealed that just 2 per cent were planning to use Leonardo, while 43 per cent weren’t even aware of its existence.

But Flannagan countered that this meant half of users were aware of it, which for a new product was “encouraging” nine months after launch. He added that from the third to the fourth quarter of last year, the number of pipeline opportunities had doubled.

The company’s SAPPHIRE conference is coming up in June, and he said the biz had announcements on machine learning developments planned, as well as an increased focus on extending Leonardo by working with other companies.

“One of the core principles of Leonardo is openness and extensibility, as opposed to closed systems; so it’s acknowledging that a robust partner ecosystem is really important,” he said. “Because no one company can do everything.” ®

Everyone else makes money but you get targeted ads: a win-win