Facebook's inflection point: Now everyone knows this greedy mass surveillance operation for what it is 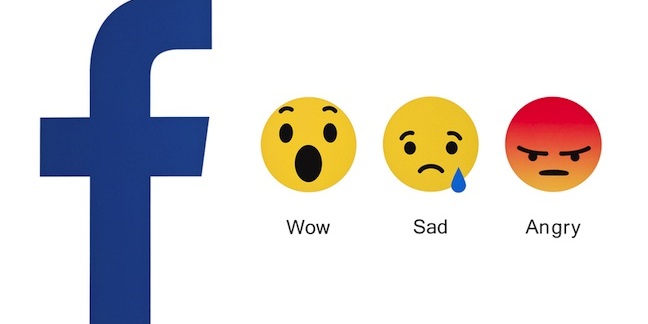 Comment I've a special reason to remember Enron and the summers of 2000 and 2001. The mighty Enron was being lauded as a pioneer and an innovator. It was a Wall Street darling. IBM and AOL jumped into bed with Enron to create a new retail energy provider. The sun shone, and Californians had plenty of energy capacity.

But behind the scenes, Enron was artificially manipulating the energy market: power providers knew they could make more money if they went offline, and they did, sometimes even at Enron's request. For two summers in the Golden State, no digital alarm clock told the right time, I can tell you.

Remember that Enron collapsed due to its dodgy accounts and poor judgement. It wasn't making money, and was hiding $25bn of debt. The elaborate market manipulations, and Enron's role in the power cuts, only emerged later.

But for years, Enron had alternately intimidated and seduced regulators, being lauded as an innovator and pioneer. It had convinced them it was the future.

With its low costs and enormous and very real revenue, Facebook clearly isn't heading for an Enron crash. It may be less transparent than big brands want, and have to restate its metrics now and again, but it emphatically isn't operating any kind of fraud.

Facebook banked $16bn in profit on $40bn of revenue last year, and it is continuing to hoover up ad dollars (almost all new advertising spending is split with the other duopolist, Google). User inertia and the network effect (you go where the people are) will ensure no short-term crash.

However, there is a spooky echo of how a company that one minute seems to be vast and omniscient suddenly isn't, and very rapidly becomes the embodiment of cynicism and amorality. It's a cosmic comeuppance, as The Onion nailed it: American People Admit Having Facebook Data Stolen Kind Of Worth It To Watch That Little Fucker Squirm.

As Jonathan Taplin of the University of Southern California remarked in the Los Angeles Times: "If we wanted to mark an inflection point, it was this week. This is an 'aha' moment for a lot of people, most importantly, for a lot of regulators and legislators."

Facebook CEO Mark Zuckerberg prevaricated for days before addressing the Cambridge Analytica story, and his non-apology hasn't helped. Zuckerberg's reaction has been criticised, but that's because his most effective response has been to do a double Ratner: firstly, don't worry, our ads aren't as effective as we told you. And secondly, we'll stop letting everyone access Facebook's social graph willy-nilly, which was its whole point.

And it isn't just Facebook that's in trouble: so is the other half of the ad duopoly, Google, which knows just as much about you, including whole swathes of your life that Facebook can only guess at.

A future in which our privacy and dignity are preserved isn't a given, though. The biggest obstacle is the amazing market-distorting giveaway of stuff for free. This dominates the economy today. For as long as stuff is given away by Facebook et al for free online, advertising, placed alongside said free stuff, will continue to rule, and trigger scandal after scandal.

This week may merely have accelerated what smarter people inside Facebook and Google have already been thinking about: that at some point they would have to supplement their business model with something other than ads, because the advertising pie is not infinite. Global advertising spending will be some $557bn across all media in 2018, with $161bn digital and almost $72bn mobile. Digital advertising was already in trouble – failing to offer brands a great advantage over traditional, "wasteful" advertising, and won't look any more attractive if consumer revulsion turns into a consumer backlash.

Free has not made you free

Google and Facebook's "free" model allows them to aggregate largely unpaid-for content – such as your photos and posts – rather than strike a price for it. Naturally they like it this way, as they remain the two biggest fish in the pond. But there are other ponds. They're bigger. Very quietly and without much fanfare Facebook has been striking US sports deals: the first step to being a global cable channel. Ask yourself why Silicon Valley is always so keen to screw today's cable companies and get access to their stuff.

At some point, the CEOs of Google and Facebook have to drop the pure ideology of free that has served them so well. And it's not just the CEOs. Just as Enron had armies of free-market think tanks and pundits to create the illusion that it was the future, Google and Facebook can call upon influential "digital rights" groups and other ideologues to go into battle for "free" or "open" networks, which no matter how free or open still preserve the tyrannical economic relationship, with the individual denuded of their property rights. These groups cry foul at any changes that make it easier for you to assert your property rights.

This is how James Ball put in The Guardian today: "If, as has been said, data is the new oil, then the oil wells are in the hands of a few billionaires, and we're being pumped through the pipes."

We get it, but this isn't quite right, is it? We're not "the product" and we're not being pumped through the pipes. The stuff we create and give away is what is being pumped. And that's because we haven't fully twigged our own economic value to Facebook and Google.

Imagine, if you will, a new Android phone where location data was truly yours to control. By law it was firewalled off from the world on first boot. You could then choose who it went to, and those location services would have to compete for your data. Perhaps they'd give you rebates to go with them. There'd be an instant market for your data – and if they squirted it to a third party they'd lose you.

And now imagine something that paid you pennies for that funny photo, rather than you popping it online for free. There's no end to it. This kind of consumer choice is greedy Silicon Valley's real nightmare: that the public starts thinking correctly about the economic power structure and demanding their individual property rights over digital stuff – the words and pictures we create and send to Zuck for nothing, and the metadata they derive from our behaviour.

We haven't seen the future this week, but we've seen the beginning of the end of an era I think. President Zuckerberg, eh? ®