Four-piece suite coming for IT wallets

A flurry of array related activity came out of Infinidat today. Well, it is a Tuesday so why the hell not.

The big iron vendor told us it is squeezing out a higher capacity model, it is releasing a faster restore backup target array and a "data centre black box" billed as a zero data loss disaster recovery system, and enabling users to play off public cloud compute vendors against each other.

On the data availability front the company claimed it is allowing for better protection and recovery of the data stored in its arrays, and enabling them to withstand a regional disaster.

It is also locating its arrays in data centres adjacent to high-speed public cloud entry points so that mainstream public cloud compute services can work on the data in its arrays without actually moving the data to them, at least that is the thinking.

The four new products are:

Infinidat said these all share common base technology elements, which include its Neural Cache, InfiniRAID and RAS, and InfiniSnap.

Tabulating the arrays with the F6212 included gets us this table:

Infinidat said the F6212 is targeted at the real-time analytics, deep learning and IoT areas.

The data centre Black Box recorder is the fruits of buying Axxana in late 2017. Axxana was founded in 2005 by CEO Eli Efrat, CTO Alex Winokur and EVP Business Development Dan Hochberg (left in 2010). It took in some $14m in funding and developed a virtually indestructible data recorder to safeguard storage arrays. 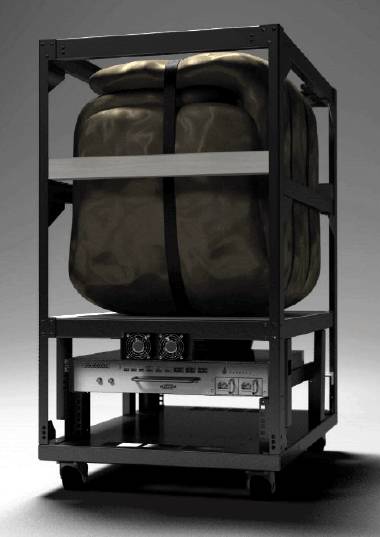 The idea was to obviate the need for a synchronous link to a remote DR site for high-value data where a low recovery point objective was needed. Typically, we're told, such DR arrangements involve a sync link from a primary array in, say, New York, to a nearby bunker site in New Jersey, with multiple millisecond latency. There is also an asynchronous link to a remote secondary site, say in Dallas, with an overall recovery point objective (RPO) measured in minutes. 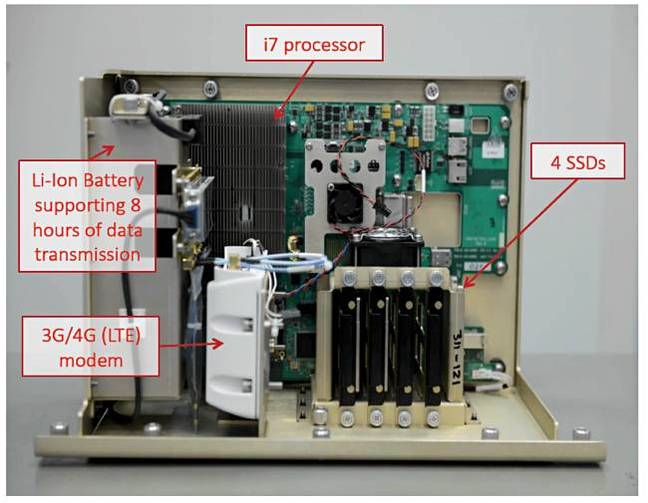 The Axxana Phoenix "black box" is a heavily insulated local system that Infinidat said can survive an explosion. It stores up to 1.6TB of recent primary array data changes as they occur, with a latency of less than 0.3ms on its SSDs. Changes are also sent asynchronously to the secondary site. If the primary site goes down then recent sync data on the Infinisync box can be sent to the secondary site, by WAN or cellular transfer, and you reduce the RPO time to seconds.

The claimed outcome is fast post-disaster application recovery – RPO 0, with no data loss whatsoever and cost-savings. There is no need for the bunker site and sync comms links to it.

Axxana is now a fully owned Infinidat subsidiary and Infinidat was its first array integration, followed by arrays from Dell EMC, IBM and others.

In the fourth 2017 quarter Infinidat quietly introduced its Infinidat Backup Appliance (IBA), the B4260, based on an InfiniBox F4000 array. This takes up 26U in a rack whereas the IBA needs a full rack.

That was because 3 x 2U storage node servers were added to the F400 along with 3 x 2U stateless deduplication engines (DDE) which carry out variable block size, inline and global deduplication.

The system was pre-configured in a 2 + 1 HA-ready topology. If a DDE fails then its work is transferred to another one. Infinidat does not want single points of failure in its products.

The IBA has now been rebranded as InfiniGuard. The firm said it features a 48TB/hour ingest rate with no source-side deduplication, and up to 74TB/hour with source-side acceleration. Data can be replicated to a local or remote site for added protection. 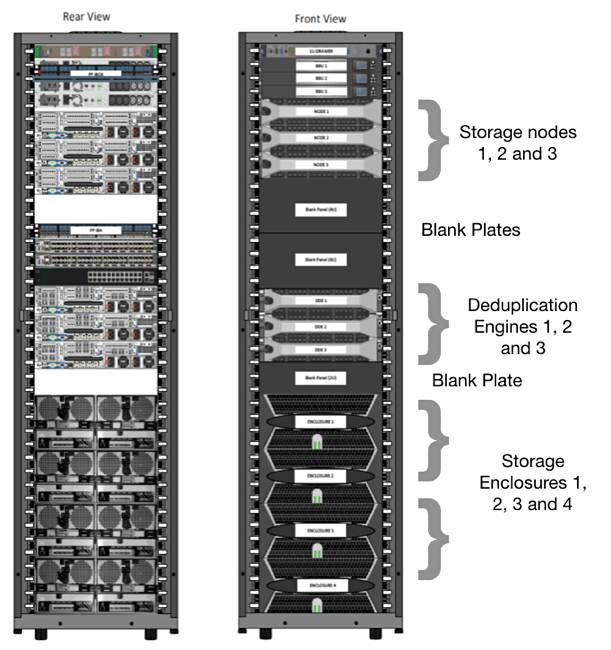 We're told the restoration rate is 24TB/hour. The speedup is attributed partly to the InfiniBox array's caching of reads in DRAM.

The InfiniGuard system supports 10GbitE and 16Gbit/s Fibre Channel links, with 12 ports which can be mixed. Ingest protocols include RMAN, for databases like Oracle, VTL, NAS (NFS and SMB), and OST.

The Neutrix Cloud is a step in quite another direction.

When the data is needed for cloud compute processing then spot pricing between the public clouds can be compared and the lowest cost option chosen. This is cloud compute arbitrage in real time.

Infinidat said its offerings can prevent public cloud data storage lock-in. You can't easily move petabytes of data between the three main public clouds without it taking a long time and incurring expense. That means you're effectively locked in.

The vendor takes the line that users should store their data in a fourth public cloud - its own, of course - claiming this could mean big savings on users' AWS or Azure storage bill, allowing customers to take advantage of AWS and Azure competing for their cloud compute business.

The Neutrix cloud can also be used as a disaster recovery facility by Infinidat's customers as it offers DRaaS.

It wants a great share of its customers' IT wallet spend than it is getting at the moment. The four products could help it do just that and turn the screw on its competitors another notch tighter. ®

Don't have the budget or customer base for Graviton-class silicon? Intel thinks it can help
Systems13 Aug 2022 | 17