10Mbps for world+dog, hoots UK.gov, and here is how we're doing it

Yeah, expect your bills to go up 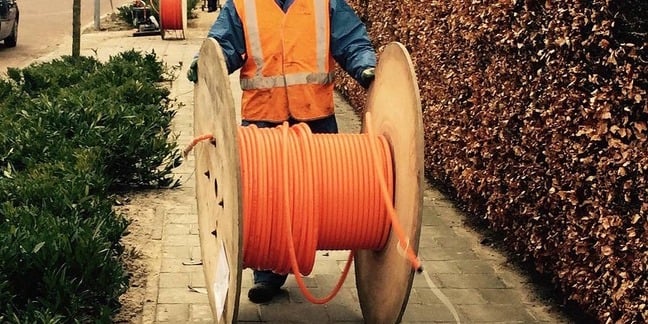 The government has finally published plans for how everyone in the UK will have a legal right to 10Mbps speeds by 2020 after rejecting a voluntary offer by BT.

Under the plans, industry will have to fork out for the universal service obligation (USO), rather than having a publicly funded scheme as previously proposed.

Ofcom has estimated that the USO could cost up to £1.1bn, which the Internet Service Providers Association had warned could increase household bills by around £20.

The regulator will oversee the industry fund and has up to two years to implement the scheme. The Department for Digital, Culture, Media and Sport promised the 10Mbps USO will be kept under review and "increased over time".

Digital minister Margot James said: "The government believes that only a regulatory USO offers sufficient certainty and the legal enforceability that is required to ensure high speed broadband access for the whole of the UK by 2020."

She added that 95 per cent of the UK already has access to superfast broadband, "and the USO will provide a 'digital safety net' for those in the most remote and hardest to reach places."

The department has said the maximum cost of the USO breaks down at £3,400 per premises for broadband, with the most expensive final 0.2 per cent of UK households to receive coverage via satellite.

The USO will be brought into play under the Digital Economy Act 2017.

Last summer BT volunteered to connect 98.5 per cent of premises to "at least 10Mbps" by 2020, at a cost of £600m – which it planned to recoup by hiking bills. Insiders believe that offer was thrown out due to competition concerns.

According to Ofcom, 1.1 million premises still cannot access speeds of 10Mpbs. The village of Templeton in Devon protested against its slow speeds of 1Mbps by burning an effigy of an Openreach van last Bonfire Night. ®