Real-world test Huawei's new imaging hardware has caused as much excitement in the smartphone market as anything since Nokia's oversampling champ of 2013, the Lumia 1020. Benchmarker DxOMark puts both the Huawei P20 and P20 Pro comfortably ahead of all rivals, including the Galaxy S9 Plus, Pixel 2 and iPhone X.

Huawei will be very happy to hear comparisons to Nokia's 41MP triumph, particularly as head of imaging Eero Salmelin was Nokia's imaging chief when the Lumia 1020 was launched – we spoke to him here in a technical overview of the 1020. There are some similarities too – the new P20 also packs in an unfeasibly large oversampling (40MP) sensor, can do lossless optical zoom, and also captures audio strikingly well, another Nokia trick. But after using the new Huawei phones extensively over the long weekend, I made an interesting discovery.

Good imaging design is truly about aesthetics, rather than just throwing a lot of engineering – astonishing technology and fiendishly clever algorithms – at a set of problems. Eero permeated Nokia's design with a philosophy and the cameras produced results that were less gaudy, less gimmicky than the Android competition, far more subtle and rich, and ultimately much more evocative and human. They were designed for the mind (and soul) rather than benchmarks. Apple has cultivated and retained the same philosophy – unsurprisingly, since so many of Salmelin's staff decamped to Cupertino – and Google is similarly, commendably restrained.

However, convincing a huge company (Huawei shifted over 150 million phones last year) that your way is the right way is not easy; Huawei is an engineering-led company. Engineers like to do clever hacks and show them off. Over the decades this gave us remote control for DVDs with a dedicated button for 1/32nd speed playback, the same size as the button for Play.

Huawei launched three models last week, and all boast the startling long-exposure trick, where movement and artefacts are removed to produce a clear image. All three also have 960-fps burst video recording, and a 24MP selfie camera. The main sensor in is 1/1.78" sensor with 1.55 μm pixels, and an f/1.8 aperture. The differences are:

Although the P20 astonishes in some situations, in others it falls a little flat. Not so flat it's bad, but given the hype and the exalted place on the DxOMark leaderboard, there's a little room for improvement. Fortunately, this can be fixed in software, as the reason you may go "hmmm" with the results seems to be entirely down to decisions taken by the algorithms in post-processing.

What follows isn't a head-to-head camera comparison – that will come later – or a full review of the device. But given the level of interest in this new kid on the block, I've gathered some first impressions on where the P20 unit pleases and disappoints, based on a few days' use.

The verdict? In low light, the P20/Pro raises itself head and shoulders above any other rival, which, considering value for money (in the case of the regular P20), is impressive. The P20 ships this Friday at £599 SIM-free, a saving over the £869 Galaxy S9+ and £799 iPhone 8 Plus, and some channels will throw in attractive bundles. The P20 Pro ships in May and will cost you £799, which is less of a bargain, and in most situations the camera performance is identical.

Taking a tour with the P20

The imaging units on the P20/Pro are quite different – the fact that the results are similar is a sign of how much is now done after the fact in software.

The Pro has three sensors, while the regular P20 has two in a familiar 20MP colour + 12MP mono arrangement. The Pro's 40MP sensor uses a Quad Bayer pixel structure to output 10MP, but also carries a 20MP mono sensor, and an additional 10MP telephoto lens. Apple introduced a second telephoto sensor alongside the regular wide-angle sensor for the iPhone 7 Plus, giving it 2x optical zoom. Here, the P20 Pro boasts 3x optical zoom and 5x hybrid.

On to the results. In all cases click for a 50 per cent sized, larger image.

Huawei chose the launch venue cannily. Photos taken inside the Palais show its detail, and the building's natural colours are simple and muted. 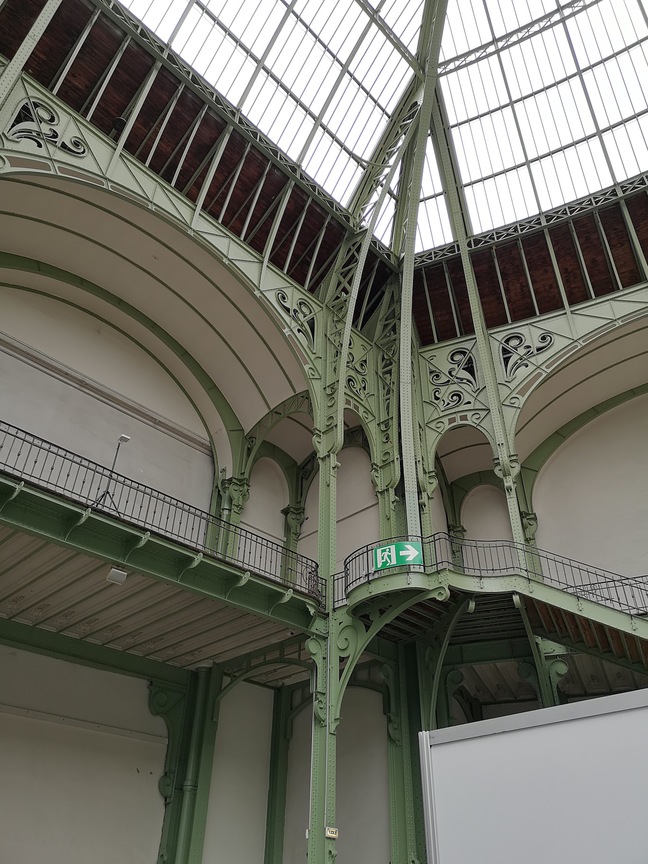 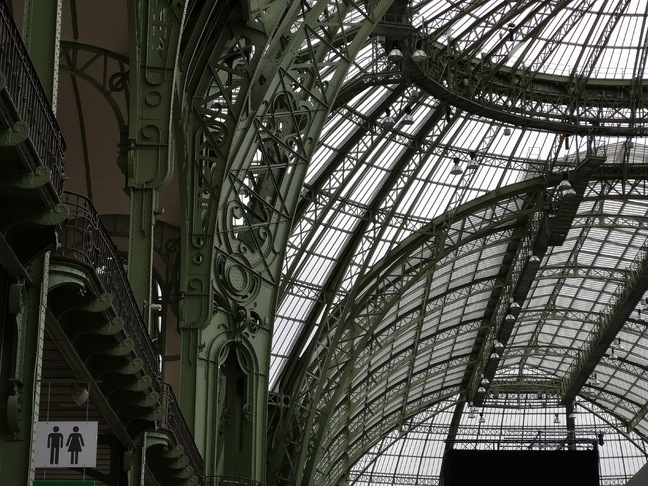 But pretty soon the AI kicks in. At times this is like having an annoying toddler trapped in your phone – one who is just learning words for things. Dog! Beach! Food! The phone then adjusts to what you think you want to highlight. Unfortunately, it might not be correct. This is the Holborn Bars on Chancery Lane, a lovely terracotta sprawl. But the brickwork is not captured as well as it should be, because of the AI toddler. 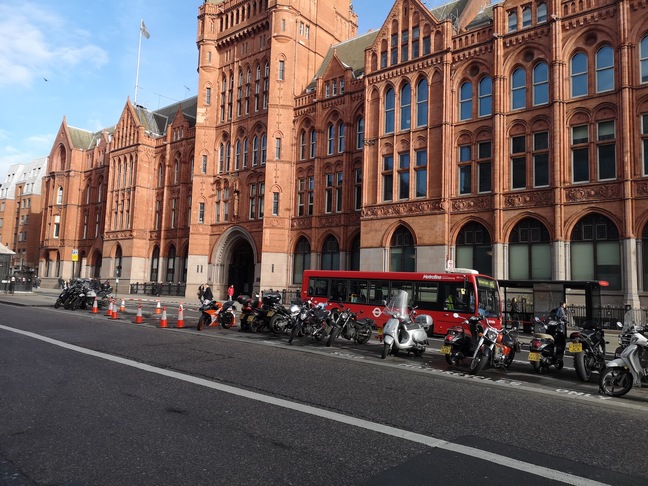 Shooting nature was an opportunity for the toddler to show it knew what green was. Eventually I got a bit sick of flicking away the suggestions and turned off "Master AI" in settings. But it applied some strange colourings to the moss on trees here, making them look quite sinister and Triffid-like. And the moss on the tree below looks like a biohazard. 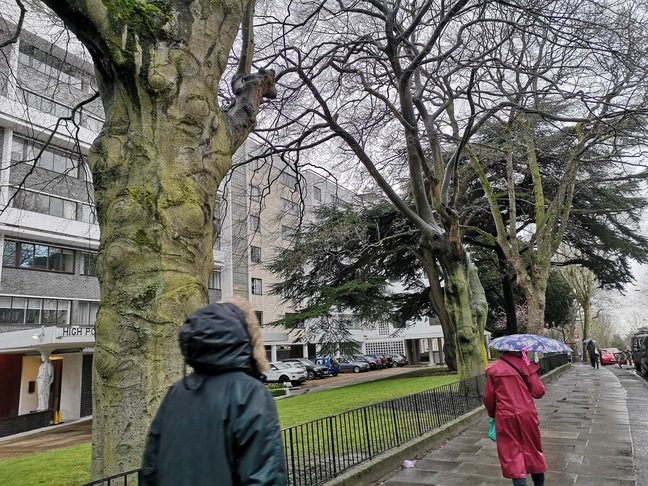 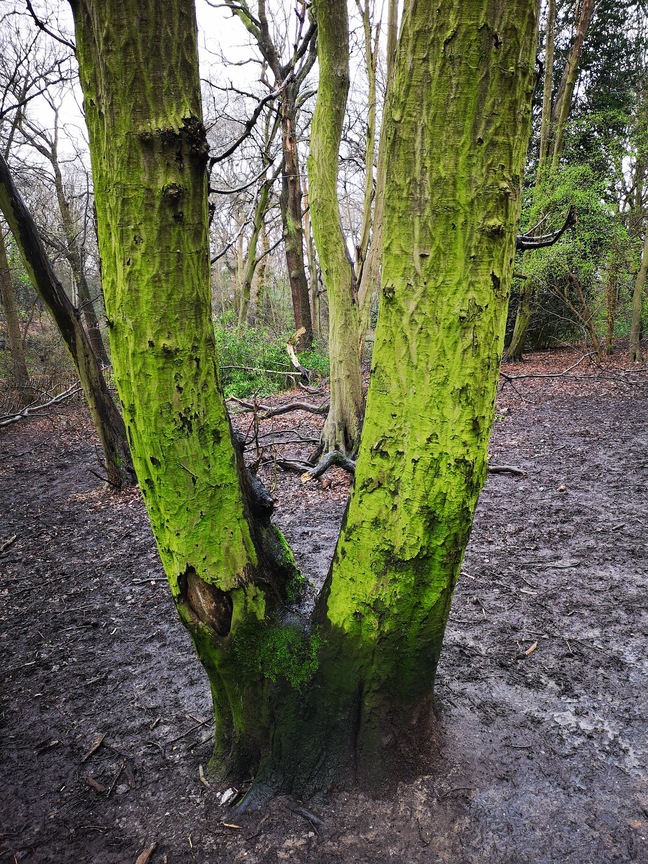 Next page: Dancing in the dark
Page: