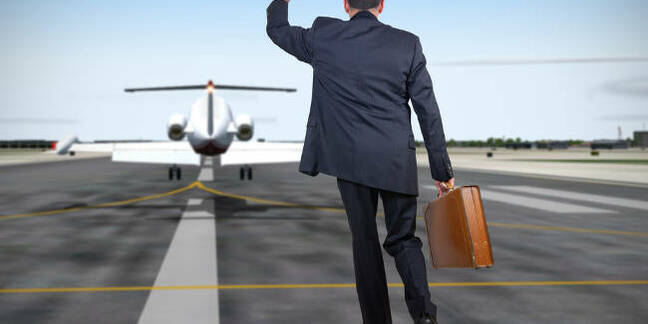 "It inevitably takes a little bit of time for controllers to build their confidence using EXCDS in an operational environment to a level which allows them to manage the vast volumes of traffic that pass through the airspace over the South East of England every day," said NATS, the UK's privatised air traffic control company, in a blog post announcing the potential delays.

NATS expects a 10 per cent reduction in available airspace (slots, technically) for airliners flying to and from London's biggest airports. The migration effort began yesterday, with the air traffic control sector responsible for Heathrow and Gatwick switching to the new EXCDS control system.

The latest migration is the third of the London Terminal Centre's five sectors to move from pushing paper-based strips across desks to a digital system.

What's a strip, then? And why is all this slowing down my annual trip to Benidorm?

As NATS controller Ady Dolan explained in a slightly older blog post on the NATS website: "In simple terms, an electronic flight strip is a way for an air traffic controller to see all the relevant information about a specific aircraft; what it's doing and where it's going."

Briefly (the detailed but plain-English description of air traffic control strips is available at the link above), air traffic controllers in busy sectors need a quick and standardised way to note down information such as authorised heights and directions issued to aircraft under their control. As aircraft progress during their flights, the strip is "handed off", often physically, to the next controller.

Though modern digital systems have updated the process of physically moving the paper strip from controller to controller, the basic function is still the same. This is where EXCDS comes in. A Canadian product developed by that country's equivalent of NATS, the air traffic control software suite (in essence) puts the whole strip concept onto touchscreens. It also supports, said makers Nav Canada, "data link clearance through direct data exchange with the aircraft flight decks that use ARINC or SITA services". In plain (and oversimplified) terms, this refers to ACARS messages, meaning controllers could potentially issue clearances through the aviation-standardised equivalent of SMS text messages.

Given the safety-critical element, changing to a fully digital system is something that NATS has taken deliberately slowly ("very carefully phased") to iron out any snags, it said.

While controllers get up to speed with the new tech, NATS has not only reduced the amount of air traffic in the affected sectors, but also asked regulators to extend Heathrow and Gatwick's operating hours so airliners can land and take off earlier and later than normal, just in case things don't go fully to plan.

Since privatisation, investment ‘somewhat less than had been planned overall’

NATS climbs into the cloud to fight legacy software snafus

He's only in charge of fitting them into UK airspace

Take that NATS! Jocko IT is also totally rubbish. BOOM!

Forever joined in a union of substandard tech

Get ready for a literal waiting list for European IPv4 addresses. And no jumping the line

How do you get drones talking to air traffic controllers? Pretty easily, says Brit startup