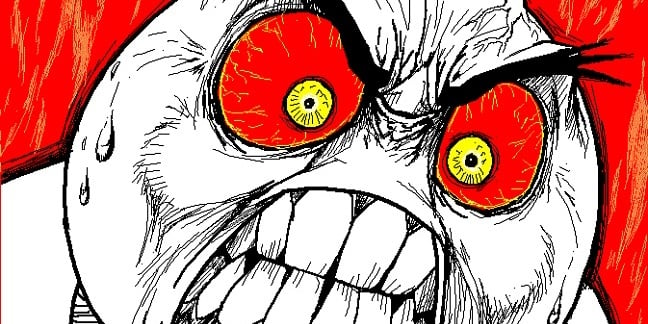 A US judge has slammed Oracle for using "extreme, unnecessary, overheated rhetoric" in its latest submission in an ongoing court battle with HPE.

Elizabeth Laporte, US magistrate judge in the court of the Northern District of California, this week issued an order (PDF) admonishing Big Red for its "tit for tat" retaliation in the case.

The dispute began in 2016, when Oracle filed a suit against HPE for improperly partnering with maintenance biz Terix Computer to sell third-party support for the Solaris operating system. Oracle argued only authorised partners can support the OS.

Oracle had also won $58m from Terix the prior year over similar claims, having said the firm violated copyright by providing third party support.

HPE tried to have the case dismissed, but this motion was denied last January when a district judge said Oracle had "plausibly stated a claim for vicarious copyright infringement".

Last month, the parties to the case filed their 24th discovery dispute letter – used to obtain evidence from the other party – in the case, which related to alleged spoliation by Oracle.

However, Laporte said that, having reviewed the letter, the court was "very disappointed by the extreme, unnecessary, overheated rhetoric employed primarily by Oracle".

Phrases that were deemed less than appropriate included the opening salvo: "Time and time again, HPE and its counsel have shown that there is no game they will not play in the pursuit of misperceived litigation advantage..." and other phrases.

Such language did not comply with the district's guidelines for professional conduct, which state that written materials submitted to the court should "avoid denigrating the intelligence, ethics, morals, integrity or personal behavior of the opposing party, counsel, or witness, unless such matters are at issue in the proceeding".

Oracle's lawyers have been ordered to pass a copy of the order of admonishment to their client, with the judge stressing that "this inappropriate language must cease immediately".

Elsewhere in the letter, the judge also criticised Oracle for focusing on issues that aren't relevant to the specific discovery dispute and for suggesting it will respond to a motion of spoliation with one of its own.

"Apparently in the mistaken belief that the best defense is a good offense, Oracle devotes almost a full page to a lengthy footnote that does not concern the current dispute but instead concerns purported discovery failures by HPE," the judge wrote.

"Discovery motion practice should not be an exercise of 'tit for tat' retaliation."

Oracle has also been instructed to respond to previous court orders, made last October, by 10 April.