VMware appears set to launch a new version of vSphere.

Other VMware-watchers spotted posts about “vSphere 6.7”, but they quickly disappeared.

A little cache-digging turns up efforts like a since-withdrawn video on “vSphere 6.7 - Deployment Topologies” and another also-deleted video titled “vSphere 6.7 Lightboard”.

And here's a screenshot from one of the vanishing vids, furnished by a friend of The Reg who read an earlier version of this story in which we admitted cluelessness about new features. 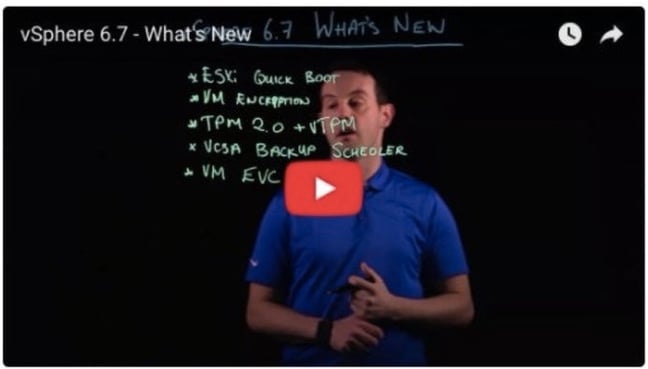 The Register is pretty sure these posts were a premature release of information ahead of a proper launch. We are, however, still in the dark about what vSphere 6.7 will offer users other than the scrawls in the slide above.

Hypervisor users have another couple of upgrades to consider, too. The Xen Project last week announced its 4.9/2 maintenance release and the Free/Libre XenServer alternative project, XCP-NG, flagged an imminent 7.4.1 release with a few handy fixes. ® 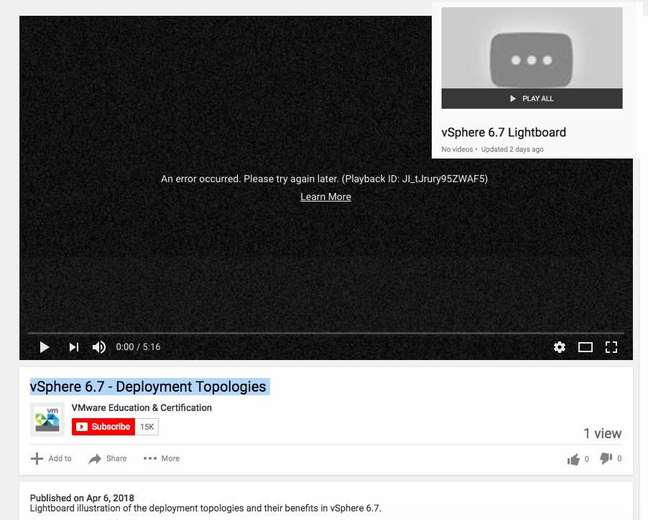 Screenshots of the vanishing vSphere vids. Click pic to embiggen