Modern life is rubbish – so why not take a trip down memory lane with Windows File Manager? 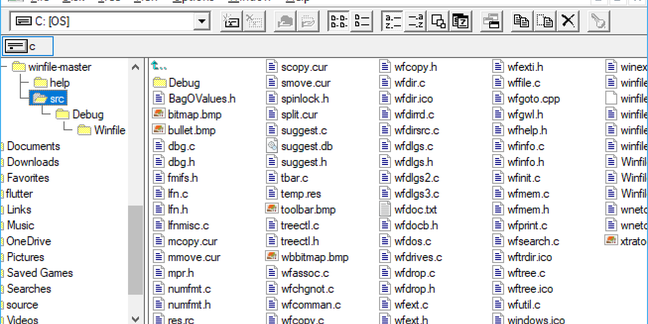 First released as part of Windows 3.0 in 1990 before shuffling into the digital deadzone following the end of support for Windows NT 4.0, the venerable File Manager application has made a surprising comeback on Windows 10 following a release of the source code on GitHub.

A tool beloved by those too timid to go near the command line, File Manager (or winfile.exe, as the cool kids used to call it) was a forerunner of the Windows Explorer interface that millions of users around the world endure experience on a daily basis.

The application allowed users to fiddle with files and folders, connect to network drives and perform all manner of operations associated with the Windows files system. It's a relic of a simpler time and, at just over 700kB when compiled with modern tools, a leaner time too.

The Register pulled down a copy of the source from GitHub and, armed with Visual Studio 2017, compiled the code to bask in nostalgia.

File Manager behaves exactly as you remember: it's a way of hunting for files free of the fripperies of modern life, and something that will likely have you reaching for PowerShell or its command line equivalents before long.

Microsoft has released File Manager under the MIT License, meaning code-wranglers have considerable scope on what they can do with the source. As a piece of computing history, it is an interesting artefact.

Sadly, The Register has yet to find any swears in the code. Just in the oral history of those who had to actually use the thing. ®