In a statement by parent firm Secure Bitcoin Traders Pvt, posted late on Thursday, the biz said its chief security officer had extracted a bunch of Bitcoin to distribute to punters – and discovered the funds were "lost in the process."

Earlier this week, folks began to smell a rat as the site went down for an unexpected nap that day:

Your website now says: "PS: We will not be responsible for any funds that are deposited into Coinsecure's addresses until further notice" For the record I had deposited funds before your website went down. Pls confirm my funds are safe. #Bitcoin #cryptocurrency #coinsecure pic.twitter.com/Tigj8dyPTz

We're told chief security officer Dr Amitabh Saxena and chief exec Mohit Kalra should have been the only ones with access to the wallet's private keys. Here's a crime report the biz filled out and submitted to Indian authorities: 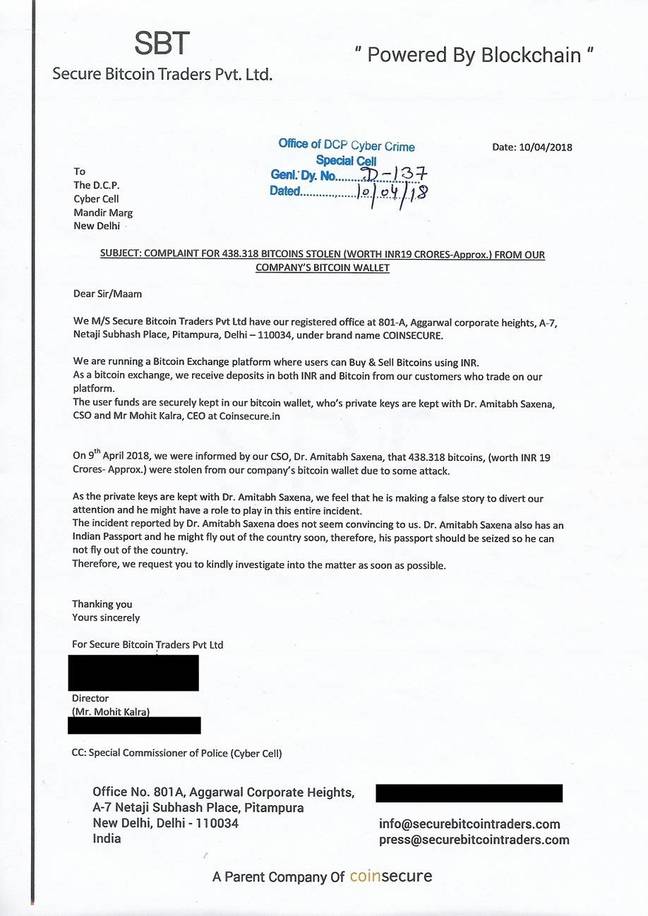 With Bitcoin values tumbling after historic highs, it seems the quickest way to lose your cryptocurrency is to, er, deposit it somewhere. ®