Justice commish 'advises' Sheryl Sandberg to send her boss, but is Zuck best one to grill? 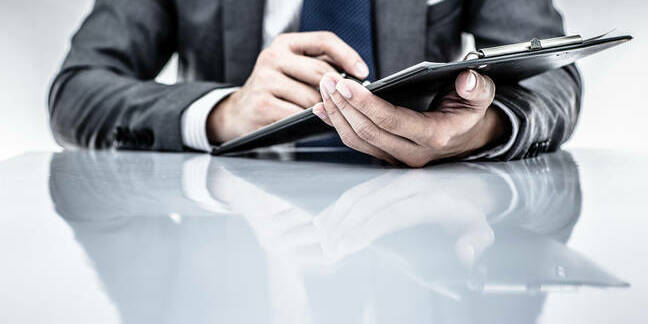 Comment Politicians on this side of the Pond need to stop obsessing about getting Mark Zuckerberg in front of them, and start preparing to grill his subordinates.

In the aftermath of the revelations about Facebook data being sold to political consultancy Cambridge Analytica, lawmakers have been queuing up to demand the CEO sits in front of them to face the music.

Just this morning, EU justice commissioner Vera Jourova said that, having spoken on the phone with Facebook chief operating officer Sheryl Sandberg yesterday, she advised the exec that her boss should come to Brussels.

“Of course we’ve been watching [the Congressional hearings],” she told the Today programme. “I said [to Sandberg] the Europeans also have many questions, and it would be advisable if he came to Brussels.”

But, if they really were watching his total ten-hour performance in Washington DC this week, lawmakers in the EU might have realised they aren't missing much more than obfuscation and wordplay.

Take, for example, Zuckerberg’s responses to questions about extending the EU’s General Data Protection Regulation across the world. Yes, he’s happy to say, those controls will be available globally.

But privacy controls - and especially the set of toggles that Facebook is offering - are not the same as giving everyone the same protections and rights that they get under EU law.

As University College London academic Michael Veale puts it, these controls “are a highly restrictive interpretation of data protection law that does not reflect the depth of transparency, accountability, and control the regulation demands”.

Could the EU do it better?

After the hearings, commentators and the Twitterati argued that, had Zuckerberg been sat in front of the EU lawmakers that drafted the GDPR, he would have had a tougher time.

This is possibly true – but only to an extent. Congressmen and women did push him on whether GDPR rights – such as the right to data portability or to object – would apply to everyone, but he slipped out of those questions just as he did the ones on shadow profiles or tracking logged-out users.

The format of US committee hearings is something UK Parliament-watchers can only wonder at. Four minutes per politico, with more than 50 politicos lined up for their moment in the spotlight, does have some downsides.

For a start, many politicians used the opportunity (or wasted the time, depending on your viewpoint) to ask about a pet topic, even if it had been answered numerous times already (hello, social media superstars Diamond and Silk).

(A similar effect occurs in the UK when MPs use their prime minister’s question time slot to ask the PM to join them in support of a local issue - see The Spectator’s Isabel Hardman's Burn Book for the worst offenders.)

But the four-minute rule also meant Zuck could buy himself time by asking for clarifications, while lawmakers taking a rapid-fire "yes or no" approach were told (not always unreasonably) it was a complex issue that "deserves more than a one-word answer".

Get the right person, not the top dog

Facebook CEO's appearances show that – despite the geek-turned-businessman effect created when he dons a suit, and for all his talk of social missions – he is no less of a slick, well-prepped exec who has been trained to dodge questions and protect his firm's interests than any other enterprise tech boss.

He was easily able to shrug off accurate and insightful questions about whether and how Facebook makes inferences about people using a combination of the information they share, the metadata gathered on them and data from brokers.

Either Zuck would re-interpret the question, or say that, although he does get briefings, he is “not familiar with the details” of the issue - he’ll get one of his team to come back on that, for sure.

EU politicos, with their documented disdain for big tech monopolies, would almost certainly be less effusive about his All-American entrepreneurship. But whether they’d be able to stop him from telling half-truths is another question.

Better, then, that the people who drew up some of the toughest data protection and e-privacy laws in the world, and who claim to want to challenge the internet giants, talk to the ones with no excuses to get things wrong.

That gives MPs plenty of time to try out the "Download Your Data" tool they've been told about – and see what it doesn't spit out – for themselves.

They also have time to get briefed on what to ask, and read the reams of articles unpicking Zuck’s answers so they can identify the dodges – like talking about the data users share when the question was about the data they generate – and counter them.

Because if Schroepfer can’t say exactly what browsing information Facebook sucks up through its Custom Audience tool, or feigns ignorance when someone asks about shadow profiles, it’s going to be a lot harder for Facebook to shrug off. And the markets will listen. ®