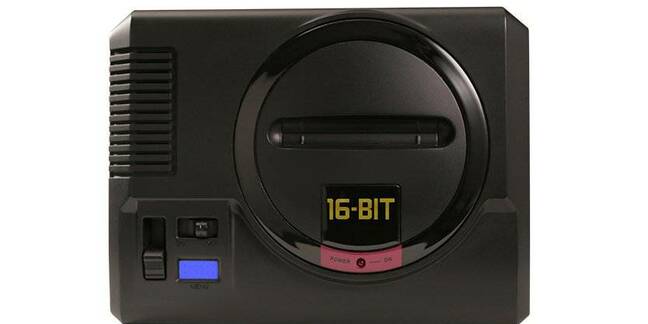 Veteran game maker Sega announced it was getting back into the hardware game at the Sega FES 2018 event over the weekend, with a shrunken version of its classic Megadrive (or Genesis) console.

In an announcement in no way connected to the success of Nintendo’s SNES Mini, Sega might well have been inspired by the tried and trusted formula of preloading a bunch of elderly games into what could well to be an emulator running inside a retro plastic shell. Of course, we have no insight into what software and hardware will be used.

The Atari retro games box is real… sort of

Sega hopes to get the device on sale this year, in time for the 30th anniversary of the Japanese launch of the original console.

European residents with long memories will remember the frustration of having to wait the additional two years until the Mega Drive arrived on UK shores. Hopefully eager buyers will not face the same delay this time around.

Sega followed up the announcement with a tweet giving the device the startlingly original and tentative name of “Mega Drive Mini”. There’s no word yet on the roster of games to be included. One would expect to see a hyperactive blue hedgehog making at least one appearance.

There is no word as yet as to the hardware specifications of the device other than it will be a quarter of the size of the original and connect to a television.

A cynic might suggest that one could achieve a more flexible retro experience at an even smaller scale with the aid of a Raspberry Pi. The Register would be more than happy to be surprised by an entirely new and fresh console, however. ®