Cray is adding an AMD processor option to its CS500 line of clustered supercomputers.

There can be up to 72 nodes in a rack, interconnected by EDR/FDR InfiniBand or Intel's OmniPath fabric.

Cray has now added an AMD Epyc 7000 option to the CPU mix: 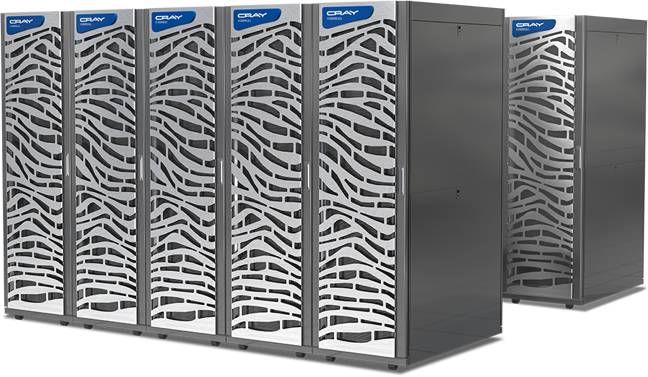 The CS500 line will also include a 2U chassis with a single two-socket node for large memory configurations, visualisation, and service node functionality to complement the compute node form factor.

The company said its Cray Programming Environment and libraries work with and even enhance AMD Epyc processor performance.

Scott Aylor, AMD's VP and GM for data centre and embedded solutions, claimed: "Cray is the first system vendor to offer an optimised programming environment for AMD Epyc processors, which is a distinct advantage."