The era of software-defined storage market is truly upon us. Forget city-sized enterprises looking to squeeze costs out of their data centre estate, Nexenta has scored big with Wag!, a US-based dog walking 'sharing economy' app for those that can't be arsed to exercise their pooch.

Almost incredibly, Japanese multinational Softbank's Vision Fund invested a whopping $300m in Wag! in January – a case of the tail wagging the VC perhaps. That’s significant cash put into what looks like a frivolous app at first glance but which many people appear to be taking totally seriously.

It’s a whole new aspect of the much-decried gig economy. The premise? Dog owners too busy to own a dog to walk their dog are put in touch with dog walkers anxious to earn a buck by conducting canines around their conurbation, or just dog-sitting, if the owner has to go away.

Owners can even map their dog being walked (or verify that they are indeed being walked) with GPS tracking via an on-collar device. What. A. Time. To. Be. Alive.

Wag!'s website provided some details about the service: "On average, a 30-minute dog walk on Wag! is $20", but it doesn't state what proportion of that is kept by the walker and what's retained by the firm. And it doesn't reveal if extra bonuses are handed over should poop be scooped during the stroll.

The software-defined storage part? Nexenta has today boasted that Wag! has signed up as a cloud customer, holding detailed data about its operations.

CEO Tarkan Maner claimed his firm was chosen on price: "I'm proud to be called cheap," he told us with tongue firmly in cheek.

But the pet theme doesn't end there. Maner also noted that another one of his firm's storage customers supplies $200 toy pets that "recognise" their owners and deploy lots of "facial" expressions to help you warm up to their robot selves.

The smart toy is said to "recognise" its owner, make lots of cute R2D2-type noises and roam the floor or tabletop avoiding obstacles and drops, detecting cats and dogs, and can drive into its own charging dock. 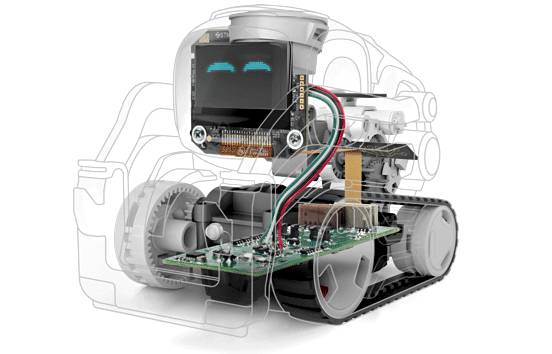 The thing is managed and operated via a mobile phone/tablet app and Bluetooth. And it doesn't lay unwelcome presents, unlike the real thing.

These robots collect data while they are operating and send it to Nexenta's cloud.