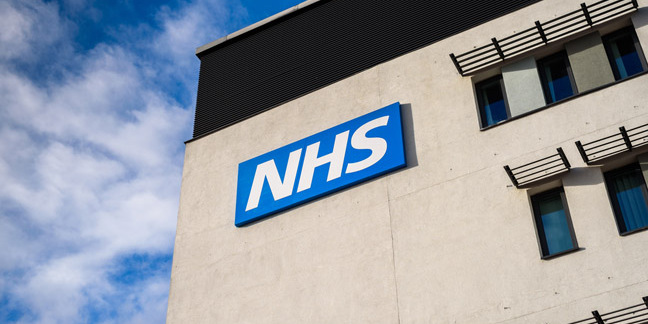 The state of the NHS's digital infrastructure and a lack of clear budgets risk holding back the UK’s efforts in genomic medicine and research, MPs have said.

In a report, Genomics and Genome Editing in the NHS, The House of Commons Science and Technology Committee criticised a lack of investment in the kit, training and public understanding needed to make a success of genomics.

Genomic information is crucial for better understanding of diseases, as well as for creating targeted treatments for individuals. It's a data and compute-heavy process, requiring the ability to map, collect, store and analyse hundreds of thousands whole DNA sequences.

Data sharing in the NHS is highly contentious, with the now-scrapped Care.data scheme doing real damage to patient trust. The committee called on the government to 'significantly increase' its efforts to raise awareness...

One genome, 3.2 billion base pairs, takes roughly 200GB to store – and MPs have concluded the slow progress towards improving the NHS’s digital infrastructure could scupper plans to create a Genomic Medicine Service for routine genome testing.

The service has been mooted as the successor to the highly regarded 100,000 Genomes Project, which focused on NHS patients with rare diseases and concludes at the end of the year. The idea is to ensure the UK doesn't lose the momentum and expertise it has built up, and extends its success to all NHS patients.

The plan is to create a single data warehouse for the Genomic Medicine Service, which will build on the 16 petabytes of storage the 100,000 Genomes Project used.

However, it isn't just about storage of genomic data: there's analysis as well as linking and processing of patient records, medical histories and other information, which requires connectivity and interoperability across the entire NHS and depends on wider overhauls of IT systems.

Although the NHS is edging towards improvement, the "Paperless 2020" programme has been delayed, with a review in 2016 saying the target for digital maturity should be 2023.

Indeed, witness Sian Ellard, of the South West NHS Genomic Medicine Centre, told the committee it would be unrealistic to expect all of the planned infrastructure to be in place for the launch of the Genomic Medicine Service.

"Although whole genome sequencing and other genetic tests are already being delivered by Genomics England and NHS England respectively, it is clear that significant infrastructure remains to be put in place in order to enable an efficient Genomic Medicine Service," the committee said.

"Unfortunately, the wider improvement of NHS data systems is running to a later timeframe than that needed for a Genomic Medicine Service that will begin operations later this year."

In addition, the committee said the government has yet to confirm the budget it has promised to earmark for genomics – the cost of national solution alone has been put at £6-9m.

"We are concerned that the NHS’s delayed digital infrastructure projects will slow down the roll out of genomics in the UK," chairman Norman Lamb said.

"We are calling on the government to continue, and increase, its investment in this area and allocate specific funding to the necessary genomics technology and systems."

The report warned if the NHS wants to roll out whole genome sequencing, rather than relying on conventional diagnostic tests, it needed to consider the existing digital infrastructure.

The government must "avoid attempting to roll out a Genomic Medicine Service at a speed that cannot be delivered," it added.

Meanwhile, the committee warned of a lack of awareness and expertise in genomic medicine among NHS staff, saying that Health Education England has yet to carry out detailed workforce planning and modelling.

It welcomed the fact an initial four-year training programme was being continued, but raised concerns this was happening "with a substantially lower level of funding than previously".

A further issue is that of public perception and understanding. Data sharing in the NHS is highly contentious, with the now-scrapped Care.data scheme doing real damage to patient trust.

The broad consent model used in the 100,000 Genomes Project – which focused on NHS patients with rare diseases – is unlikely to be feasible for routine genomic medicine "without extensive and continuing public engagement to increase understanding and acceptance", the committee said.

It called on the government to "significantly increase" its efforts to raise awareness, along with offering a public consultation on the the consent framework it plans to use for the Genomic Medicine Service.

Meanwhile, the committee noted concerns patient data would be shared with insurers which might stop people from having predictive genomic tests.

At the moment there is a voluntary concordat (PDF) between the government and the Association of British Insurers that sets out when insurers can’t ask for the results of predictive genetic tests, for instance for policies of up to £500,000 of life insurance.

However, the agreement only lasts until 2019, and the MPs urged the government to renew the concordat as soon as possible, warning that it "may come under pressure" as whole genome sequencing is rolled out across the NHS.

The government should monitor whether insurance concerns limit the uptake of predictive testing, and be ready to put the deal on a statutory footing if necessary, the MPs said.

At the same time, though, the report said the UK should look to make some commercial gain from the data it holds – an idea that has been mooted before in Parliament.

When it is complete, the 100,000 Genomes Project's dataset will be the richest in the world, and the MPs said the government "must be ambitious in aiming to capture the full commercial value of the genomic and associated datasets it holds, rather than merely aiming to cover its costs".

For instance, it should allow industry and academic access – with appropriate safeguards – to the data to boost drug development and consider how to integrate NHS-held data with that owned by private companies.

The argument is that, although patient benefit "should be the focus of the Genomic Medicine Service, income generated from NHS data can be reinvested in the NHS and further benefit patients in the long term". ®