You'll have to wait until, well, next month, for the end of the internet as we know it 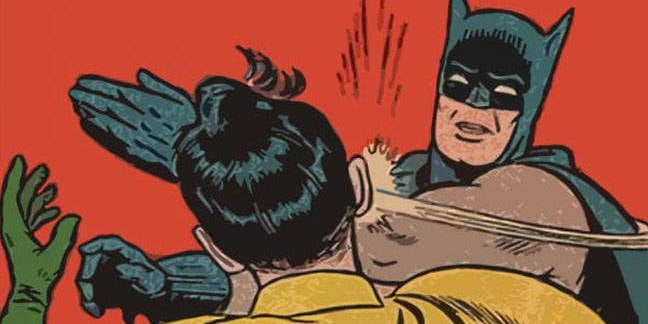 Today, Monday, April 23, 2018, marks 60 days since the repeal of America's net neutrality safeguards was published in the United States Federal Register, and so it is the END OF THE INTERNET FOREVER!

Despite a wave of articles and social media postings – including from lawmakers – about the Ajit-Pai-led destruction of the modern world, the new rules do not actually kick in today. For really boring bureaucratic reasons.

Not that it matters all that much: the red tape is likely to be wrapped up in the next few weeks so the end of the current rules that prevent broadband providers from finding ways to maximize their profit from their content chokepoint will come soon enough.

Net neutrality advocates are still hoping that they will be able persuade one more Senator to sign a Congressional Review Act (CRA) resolution that would block the repeal, brought about by America's communications watchdog, the FCC. But the chances are slim.

Failing that, if you live in California, state legislators are still working on state legislation that would effectively provide net neutrality safeguards.

Despite a significant setback earlier this month – when lobbyists managed to work the system and recommend the removal of two critical aspects of the proposed SB 822 proposal – the bill passed through committee without being gutted and now moves to the Senate Judiciary Committee.

There is still some way to go however. It was passed along party lines, which, even in the heavily Democratic halls of Sacramento, is never a good thing. And even though California Attorney General Xavier Becerra has now formally supported the bill, it will be fiercely opposed by Big Cable and telco industry associations as it slowly progresses through the political system.

But back to the FCC's repeal. Why, you are crying out, does it not come into effect right away?

And the answer is: because the Office of Management and Budget (OMB) – which comes under the White House – has to officially determine that some of the provisions in the new rules – largely transparency requirements - are not burdensome on broadband providers.

Once the OMB says everything is fine – which it has to wait until a public comment period on the issue closes on April 27 to do – it will then inform the FCC. And then the FCC will set an official date for the new rules to come into force.

Assuming both the OMB and FCC want to move things along – and there is every indication they do – it will likely be May or June when the new rules are put in place, and hence the current net neutrality rules end.

In case you've forgotten what is actually happening in real terms: the new FCC rules will classify internet provision as a "Title I" information service rather than a "Title II" common carrier.

That means there will be far fewer controls over it. The FCC has attempted to fill the regulatory gap by including new transparency requirements – basically requiring ISPs to say what they're going to do.

Watch and wait; switch and bait

But don't expect Comcast to start slowing your Netflix traffic straight away. Big Cable is all too well aware that internet users are not happy about the net neutrality rules being discarded – a recent, legit, survey found that an extraordinary 86 per cent of US internet users were opposed to the repeal.

In fact, net neutrality advocates are already predicting that what Big Cable will do is do nothing and then massively promote the fact that nothing has changed, laying the false charge that everyone had predicted a terrible result from the repeal.

And then, once everyone agrees everything is fine, the cable companies will slowly start putting new restrictions in place while aggressively marketing them as a positive thing for consumers. ®