X marks the Notch, where smartmobe supercycles go to die

Flagship iPhone is being outsold by ancient models 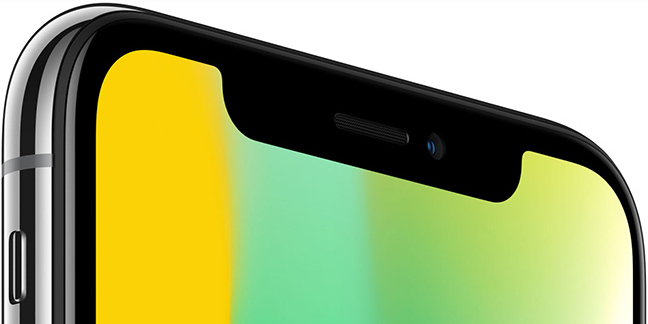 CIRP, a Chicago-based equities analyst specialising in providing early sales figures that have proved accurate before, has found the share of iPhone sales attributable to "this year's models" – against "older models" – is lower now than it was when the iPhone 7 and iPhone 7 Plus were Cupertino's latest bling.

"Consumers appear to want older, cheaper models that have many of the same features," observed CIRP's Josh Lowitz.

Based on the first full quarter (January to March) in which data was available, CIRP estimates the iPhone X, 8 and 8 Plus accounted for some 60 per cent of iPhone sales, with the rest consisting of models launched in 2016 (7/7 Plus/SE) and 2015 (6S/6S Plus), which Apple continues to sell.

"After the initial excitement over the iPhone X features, the highest priced flagship appears to have settled into a smaller share of sales," Lowitz writes in a research note.

The Notch-endowed iPhone X makes up 16 per cent of the iPhone volume, while the 8/8 Plus share has increased to 44 per cent of sales, up from the 41 per cent estimated in the previous quarter.

The lowest cost iPhone, the SE, maintains 8 per cent share, even though it's now two years old and rumours of a replacement have swirled for some weeks.

The unfortunate phrase "supercycle" was popularised by Bernstein analyst Toni Sacconaghi Jr, who based his prediction on an unchanged annual upgrade rate of around 1 in 4 of the installed base.

Apple iPhone X: Two weeks in the life of an anxious user

The 10th anniversary of the iPhone gave Apple a free publicity bonus and expectations were high. However, Sacconaghi didn't appear to factor in a growing reluctance to upgrade. Consumers were more price-sensitive than he had assumed. 31 per cent of iPhone owners who had not upgraded to the 2017 models cited cost, while 44 per cent said their existing iPhones worked just fine.

As Reg columnist Alistair Dabbs concluded, after a couple of weeks with Apple's flagship: "The iPhone X cost twice [as much as my old smartphone] but isn't twice as good. It's for the Rolex wearers."

Perhaps we can consign "supercycle" to the same graveyard as WiReD magazine's "Long Boom". ®