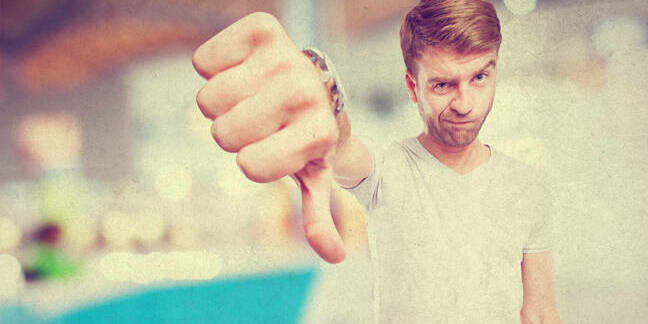 Facebook’s API lock-down will hurt legitimate researchers and damage scrutiny of social networks, a group of boffins have warned.

Entering full panic mode after users began to find out just how much of their data is accessible to anyone with an app, the social network announced plans to hobble its Graph API earlier this month.

CTO Mike Schroepfer outlined the sweeping changes in a blog post at the start of the month, pitching them as proof Facebook was taking user privacy seriously.

However, in an open letter signed by around 30 internet academics, the decision is branded a publicity stunt that “shuts the gate after the horse has bolted” and locks out legitimate researchers, kills competition and prevents oversight.

“While these changes may generate some positive publicity for the company and its beleaguered CEO Mark Zuckerberg, they are likely to compound the real problem, further diminishing transparency and opportunities for independent oversight,” the letter said.

The group, led by Axel Bruns, an academic at the Queensland University of Technology and president of the Association of Internet Researchers, argue that the “net effect” is to “restrict competition and consolidate Facebook’s position as the main analytics and advertising broker.”

Meanwhile, the social scientists using Facebook to study online communities and assess the effect social networks have on society claim to have been caught in the cross-fire.

They emphasise that such research - often done with rigorous ethics approval from universities or funders - is in the public interest and sometimes critical of Facebook, citing around 150 academic papers that couldn’t have been published without API access.

“In spite of, and even because of, the recent troubles with data misuse by malevolent third parties, better API access for legitimate data users is urgently necessary,” they write.

Facebook had tried to head these concerns off, announcing a research initiative at about the same time as it revealed the API changes.

Broadly, this will see a commission of independent academics develop a research agenda, then review and sign-off on research proposals that would win funds and access to the relevant Facebook data.

But as well as concerns about whether this will be truly independent from the Zuckerborg, academics have given the very narrow terms of the work - elections and democracy - short shrift, who say it will only select projects that address known problems.

“By being so selective about which research they actively support, the platforms exclude the critical voices to which they should be paying keen attention,” the letter stated. “This creates an unacceptably imbalanced environment for social media research.”

Granting wider access through APIs will allow independent, critical and public-interest research; without it “all that will remain is the shallow, commercially focussed analysis provided by the major market research companies.”

They say this should involve open engagement with the research community beyond the select few that have got ‘in’ with Silicon Valley, and offer broad-based data access for any research that can demonstrate ethics or data protection board approval.

This should be through a separate research API, they said, as opposed there being just one API for research, third-party end-user apps and commercial analytics firms.

The academics also call for the creation of research data repositories - currently this is not permitted under API terms of service, but this makes it hard for others to check or replicate results.

“That gateway must be kept open for any independent, public-interest researchers around the world, as long as they adhere to the strict ethical standards of scholarly research.” ®