As toys fly from prams over post-Brexit access to sat system, UK.gov is reminded: You agreed to this 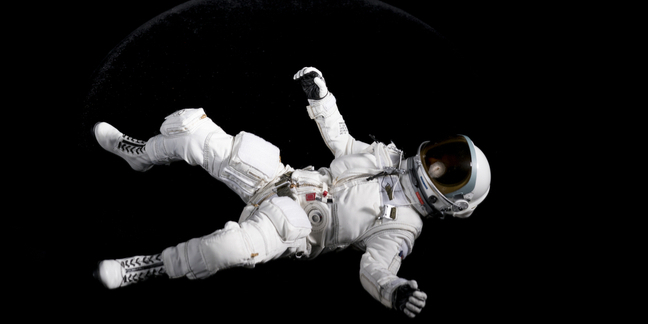 The furore over Britain's potential loss of access to Europe's Galileo satellite system post-Brexit turned up a notch this week – as a report blamed British officials' iffy approach to negotiations.

The report in question, published on April 24 by Parliament's Select Committee for European Scrutiny, asked some questions that several in the UK government will find a little awkward, starting with the actual text in the nation's proposal to withdraw from the European Union, published March 19.

The text (Article 122, 7b), highlighted in green to indicate that negotiators on both sides were happy with it, made it clear the EU can exclude the UK from anything that might involve sensitive information, and the EU simply needs to issue a notification to that effect.

With the text only subject to "technical legal revisions" it didn't take a great intellect to understand that Galileo would be considered "sensitive" and something to which the UK in its position outside the union would unlikely be allowed access. Galileo is Europe's satellite navigation system.

In its conclusion, the Commons select committee asked the £13.7bn question: "At what point in the exit process does the government believe that it will be able to provide industry with the certainty that it seeks?"

This continuing uncertainty has not stopped sabres being rattled. UK business secretary Greg Clark pointed out that Britain hosted infrastructure needed for Galileo and hoped "it could continue to do so" in a letter sent to the European Union last week.

In response to a query from El Reg, Clark said:

We have made it clear we do not accept the Commission's position on Galileo, which could seriously damage mutually beneficial collaboration on security and defence matters. Given the UK's integral role in the programme, any such exclusion could cause years of delays and a cost increase stretching into the billions.

While much of the public could be forgiven a year ago for thinking that Galileo was the little-known fifth member of the Teenage Mutant Ninja Turtles (one that preferred maps to pizza), the project has become the subject of fevered media coverage representing the first obvious impact of the UK's decision to leave the EU.

Reports that the government was surprised by EU plans to move Galileo work out of Britain emerged a week after the agreement was published.

Industry had also expressed grave concern about the future of the UK space sector before the agreement was published.

Airbus said yesterday that it planned to move all Galileo work to EU member states in order to preserve its role in the project, so it is clear that businesses have been taking steps to preserve shareholder value while the politicians argue.

Though the Select Committee concluded that, as a member of NATO, the UK was unlikely to be fully excluded from the Galileo project, it was always possible that Brit boffins could create an in-house navigation system.

The Financial Times (behind paywall) quoted a senior government official as saying: "We are scoping the possibility of launching our own system."

With Galileo costing more than €13bn, the UK government will need to rattle more than a few tins to fund such an undertaking, even if it can claw back some of its investment in the project.

Though it continues to have EU voting rights, the UK can also delay the Galileo programme by preventing the procurement of any more satellites.

Of course, the danger with sabre-rattling is that one might accidentally slice off one's nose. ®