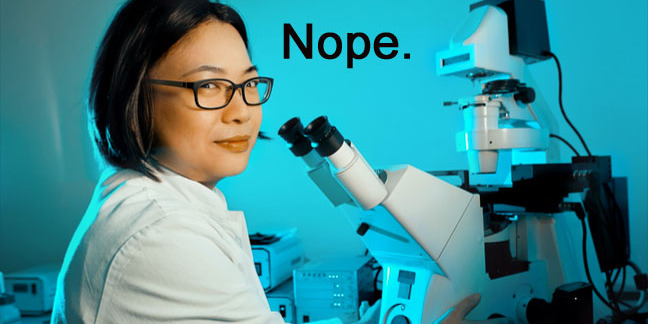 Analysis A team of scientists from China have asserted that 3D XPoint is essentially phase-change memory, which manufacturers Intel and Micron have not publicly admitted.

Phase-change memory (PCM) exploits properties of chalcogenide alloy, the internal state of which varies between crystalline and amorphous phases with different levels of electrical resistance. These are used to indicate binary ones or zeroes.

The scientists made their assessment in a research paper entitled "From Octahedral Structure Motif to Sub-Nanosecond Phase Transitions in Phase Change Materials for Data Storage", published in Science China Information Sciences.

Recently, this technology has been successfully used in commercial PCRAM-based 3D XPoint by Intel.

The successful commercialisation of 3D XPoint originates from the integration of Ovonic memory switching (OMS), Ovonic threshold switching (OTS) selector, confined structures, and large metal word and bit lines. The memory unit of 3D XPoint is the phase change memory (1R), based on the phase transition.

As the driving circuit, the OTS selector (1S) also utilises the chalcogenide alloy, which is perfectly compatible with the 1R.

Benefiting from the quite simple structure of OMS and OTS, both using metal/chalcogenide/metal structure, it is easy to achieve 3D integration, which in turn realises the mass storage of 3D XPoint.

We asked Chipzilla if the researchers were correct in their assertions. A spokesperson said: "Intel is not disclosing the materials used for 3D XPoint memory media, the underlying memory media used in Intel Optane SSDs and memory, or the manufacturing processes used."

So if it walks like a duck and quacks likes a duck then it's... Intel has refused to confirm. ®