Slurping: The key to the Pixel experience

But back to the "Pixel experience", and here Google giveth and taketh away. Oh boy. It taketh away quite a lot in fact.

For the purposes of this piece – and so I could get a newbie "Pixel experience" rather than "jaded reviewer" – I created a mint Google account and followed all the suggestions Google made.

It quickly became clear that Pixel hardware is really a radical test bed for personal data collection. This is something you may not notice this if you have a years-old Google account for your 'Droid, and have in the past turned some things off. I bet you'll be amazed at what is being collected. Like an obsessive stalker, Google keeps asking for more and more. 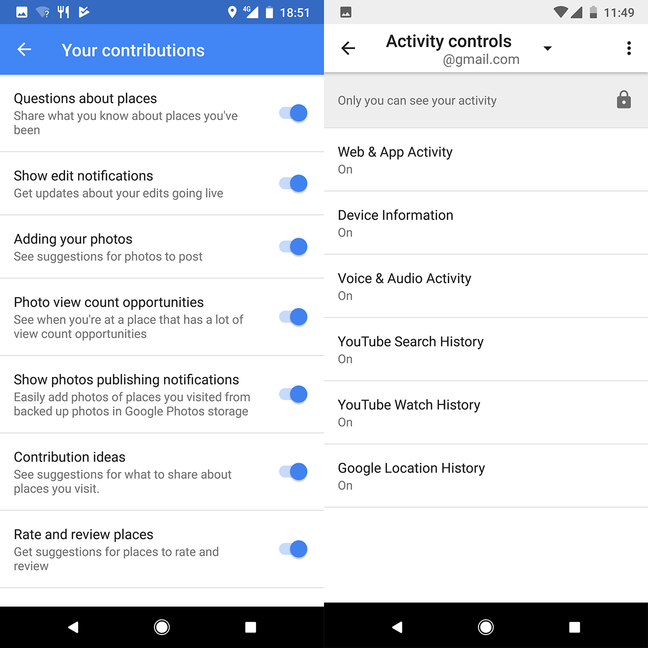 The Pixel, unlike other phones, is now constantly listening to background audio so it can tell you what's playing – which is actually the last thing you want to know when you're in an environment that constantly plays bland pop, such as a hair salon, or a WeWork office (it's hard to tell the difference). A Pixel 2 identifies this without you specifically requesting the service and it works offline. Google says this is "passive" listening, but this plays fast and lose with semantics: it's "passive" in the way that Private browsing is "Private".

It's often said that Silicon Valley's privacy war is like boiling a lobster: we're the lobster and we don't notice we're being boiled. As much was acknowledged by Google's then-CEO Eric Schmidt in 2010, with his "creepy line".

But as I pointed out here the rush to implement AI – more precisely, the need for technology companies to cock-wave their machine learning at other technology companies – brings that abruptly to the surface. "For the consumer, however, these unsought AI intrusions merely draw our attention to how intrusive the data slurp really is. It could wreck everything," I predicted. Some predictions are easier than others, because guess what's happened? 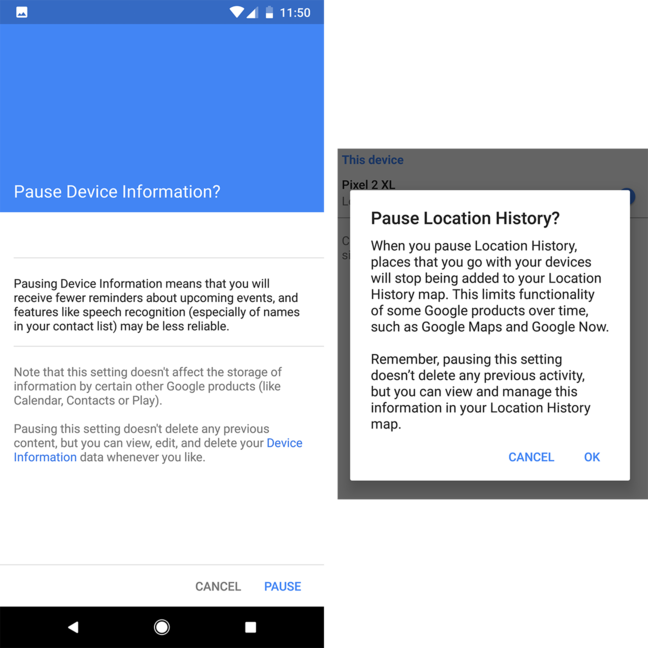 You can only "Pause" data collection – and despite the friendly-sounding "Manage Activity", you have hurdles to leap over if you want to delete it. And of course "delete" doesn't mean what you think it means, it's more semantic confusion. Google retains the audio file for everything anyone has ever spoken into the Google Assistant, explaining that a deletion merely "disassociates" the audio file from the Google ID. Google retains a database of voice fingerprints. 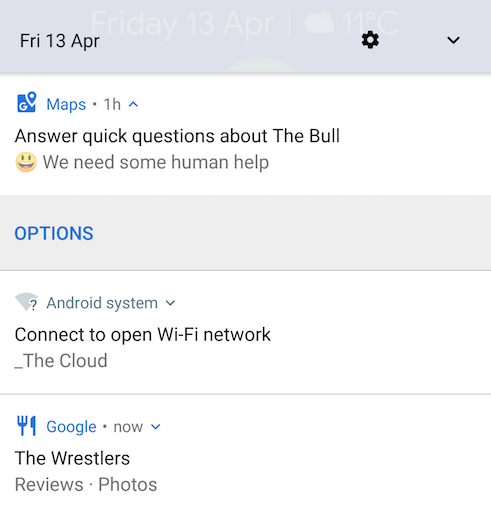 Now please park for a moment the idea of whether you think Google is "evil" or not. The power to identify the location of almost every individual instantly is the power totalitarians dream about. The pertinent question is whether anyone should have so much power.

Here's where the Pixel's problem really hits you – as I outlined at the start. Apple charges for overpriced hardware but doesn't need to give anyone personalised access to it, as that's not Apple's business model. Pixel has Apple pricing but not the privacy.

With the political and media classes only just waking up to what Facebook has been doing for years, Google has an interesting choice to make. Both companies are in the same core consumer data processing business, only they put a happy face on it. Data processing is really their core business. Pixel could be a tool with which Google could restore consumer confidence in the company, and stay one step ahead of the regulators, if it saw it as a aid to radically improve personal data protection. Or it can carry on as it has – boiling the lobster. That's a decision the Pixel people have to make. ®