Springwatch: Windows 10 spotters May have to wait a few more weeks 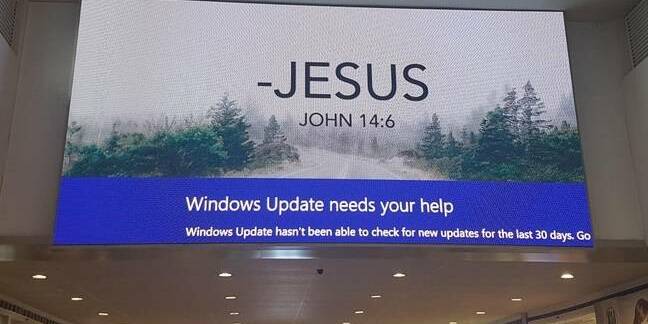 Updated Windows 10 Springwatch is headed for a fourth week, with the troubled update rumoured to have a name and possibly a release date.

Having been pulled at the last minute due to "reliability issues" causing an unusually high number of Blue Screen of Death (BSOD) errors, the update has gone missing in action.

A week after Windows fans expected to get their new toys, Microsoft emitted an updated version with an incremented build number – 17134. This made its way through the Windows Insider Programme, hitting the Release Preview Ring on 20 April.

Whether this really is the final build remains to be seen. However, Windows Insiders did report some clues hinting at a name for the update. Opening the Edge browser showed a startup page saying: "Welcome to the April update."

So Creators need not apply, assuming the name sticks.

As for a date, May looks likely. Reports of a memo sent to Chinese resellers point to a 9 May release, which would fit well if the update was pushed out as part of Patch Tuesday on 8 May.

Windows 10 Apr Update will be released on May 9 : https://t.co/P3x6La3jFZ pic.twitter.com/A0Ys7Yu0Kx

The Register contacted Microsoft for comment and was told: "We do not have any information at the moment but we'll keep you updated in case that changes."

The Springwatch goes on. ®

Microsoft announced today that the release will be called the "Windows 10 April 2018 Update" and users desperate to get their hands on the software can download it themselves from 30 April.

In an email to The Register, a Microsoft spokesperson said the company would "start to rollout to Windows 10 PCs worldwide on 8th May" before promising that "Microsoft wants to give users back some of their greatest currency, their time, to do what matters most – create, play, work or simply do what they love."

It would appear that Springwatch may be at an end.