Review The launch of the Huawei P20 Pro has prompted much debate over its camera: is it great or an over-hyped fraud? 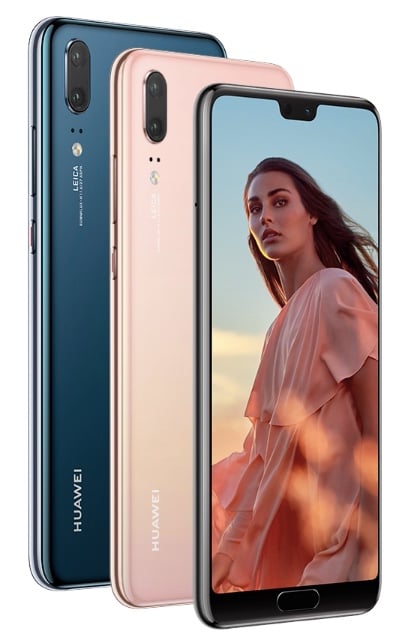 With the P20 I found the imaging needs a lot of work – but there was plenty else to like: so much screen, and battery, in so little space. So will the P20 give you the same goodness for £200 less? 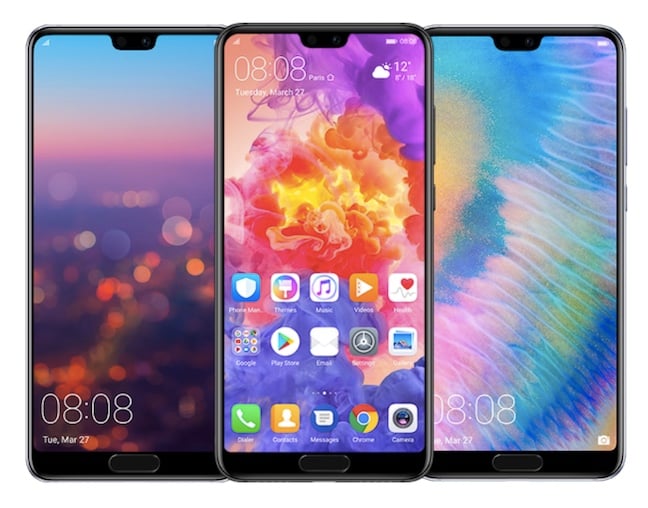 In reality the difference between the "regular" and the Pro is much more modest than that between other sibling rivalries: with the iPhone and Galaxy S ranges, for example, there's no mistaking the two. Huawei's regular P20 is not a great deal smaller than the Pro, and shares the space-cramming compact design of the P10 - nicely balanced.

The minor miracle of the Pro is not the camera, but that it crams in so much display and so much battery capacity in its slim frame. The Pro packs in a 4,000mAh battery in less space than Samsung’s S9+ which is bigger, but only offers 3,500mAh of power.

It makes the Pro a battery champ while the S9, packing in lots of other features, quite emphatically is not. The regular P20 pulls off a similar feat. All that power does get you to the end of the day comfortably, on most days. 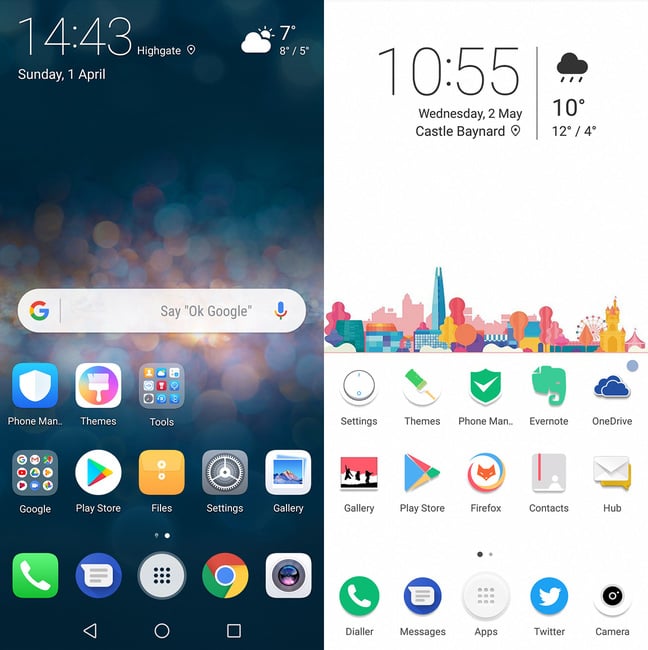 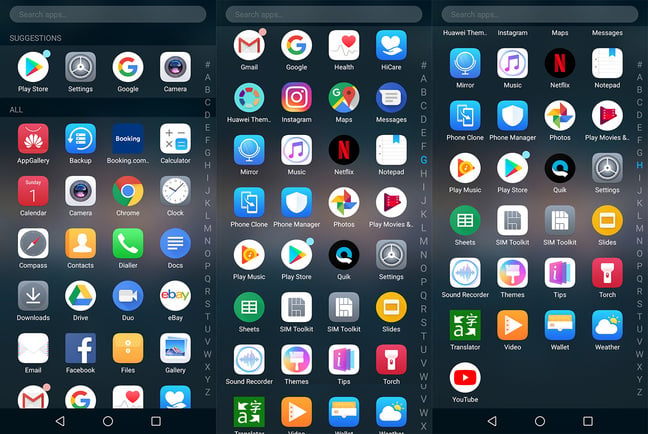 You can dump your icons on the home screens like an iPhone, or stuff in the more conventional Android app drawer.

The bezels are slim but leave room for a slim, pill-shaped fingerprint sensor that is squeezed below the screen. If you choose to use the sensor to replace the navigation bar (or if you turn on the floating navigation "blob") then you've got the same real estate an a far larger and clunkier iPhone 6/6s/7/8 Plus.

After Apple legitimised The Notch, it has become pretty ubiquitous on new Android phones this year. It's an understandable design feature given the limitations of current technology - you can't yet put decent cameras and microphones under the glass - but equally, it's superfluous. Huawei's top bezel is pretty slim in any case, yet it's managed to cram in a mic and a 24MP camera.

Unlike the iPhone X, the Notch can be "turned off" to present a smooth horizontal border. Of course there's still a gap in the display, but it's less showy and distracting.

The real design feat here is best illustrated by this side-by-side comparison of the Huawei P20 against the Apple iPhone 8 Plus.

See more stuff on a much slimmer phone.

Admittedly, the latter is a four-year-old design – but just look how much extra screen you get in such a smaller package. I've attempted to align the top edge of the usable display area, and turned off the Notch and the Navigation Bar. That's about a centimetre more for content, in something 37g lighter and almost a centimetre shorter. The 'droid offers more pixels (428ppi and 2.42 million vs 401ppi 2.07 million).

My review unit was a "pinkish" beige/gold model - again using a subtle gradient, giving the glass rear an iridescent quality, like an exotic sea shell. This all sounds nauseous but it's really well done.

However there are four blanks on your flagship checklist. No waterproofing, no expandable memory – although 128GB is far more generous than Google – no Qi wireless charging, and no audio jack. I'd hoped that this year all Android OEMs would copy Apple by making Qi charging standard, but no, they go and copy the Notch instead.

(And Huawei has also chosen to copy the Apple EarPod - cheeky. I wonder if Donald Trump, who rages about Chinese IP theft, has seen this?)

The resolution is almost but not quite the same resolution as the larger device, mysteriously losing 4 pixels from the vertical axis, giving you a higher pixel density than the Pro has (428 PPI to the Pro's 408 PPI). The IPS panel is bright, fast and pin sharp.

The software looks identical to that of the P20 Pro. In short, Huawei has chosen not to do a redesign of EMUI, but allow you to turn off its most annoying features instead. This year's Huawei bundle for Western markets includes unexplained photo and backup services and a Huawei app store - all are new.

A variety of theme hacks exist in the Huawei store, allowing you to give the phone a free makeover. This is crude and clunky compared to what Samsung, HTC and the others offer, though.

Huawei today wears the Nokia mantle for great radio quality and battery life. Nokia forged this reputation in the 1990s and despite so may missteps, never quite forgot the importance of this.

Qualcomm gets hall pass from Uncle Sam to supply Huawei with mobile chipsets. There's just one catch: It's for 4G only

Which is hardly a reprieve for Chinese company's throttled handset biz