Here’s one for the “Robots taking over low-skilled jobs” file: Sony says it can’t handle demand for its second-generation robot dog.

Launched in January 2018 at around US$1,800, plus about half that for a three-year cloud subscription fee, the “Aibo entertainment robot” was sold online after a lottery.

Sony Japan on Monday anounced it’s shipped 11,111 of the plastic puppies, but has ten times more orders to fill.

The company will therefore seek to ramp up production of the currently-only-in-Japan device/companion, and has promised to develop more services for it too.

Aibo 1.0 debuted in 1998 and sold about 150,000 units, but owners/users complained the device became scratched and lost its appeal as it quickly displayed all it behaviours and battery life diminished.

Its successor’s cloud service is designed to keep the device fresh by introducing new behaviours. 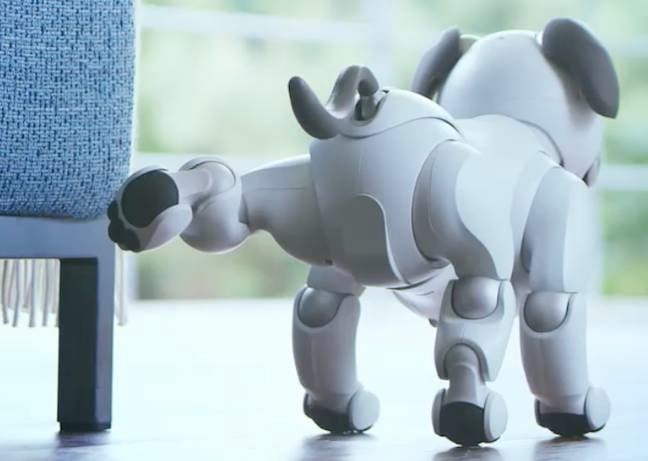 And before you ask: yes, Aibo already knows how to lift its leg. On a chair, no less. Just in case you didn’t want to miss out on that wonderful part of owning a puppy.