Let's kick the tyres on Google's Android P... It's not an overheating wreck, but UX is tappy

Swipe right to like then tap, tap, tap away

Hands On Early developer builds traditionally require donning a hazmat suit, but as Android enters its middle age, Google wants everyone to come in, wearing Bermuda shorts, and kick the tyres like tourists.

In a significant change from previous years, the teaser builds of Android P are proving stable and friendly, and are available on more devices than before.

Google has a very good reason for the new policy: the user base lags far behind the latest code. Less than 5 per cent of the user base is on last year's Oreo 8.x release, and incredibly, more than two-thirds run "pre-Brexit" code released in 2015 or before (i.e. Marshmallow or older). Whereas Apple can install much of its user base within days, many manufacturers dump "Abandroid" devices before they're even sold at retail, and deliver few if any updates, leaving the punter running outdated and insecure code.

Google has been left putting things which should be platform-level APIs, like the Neural Network API, into services updated through the Play Store. 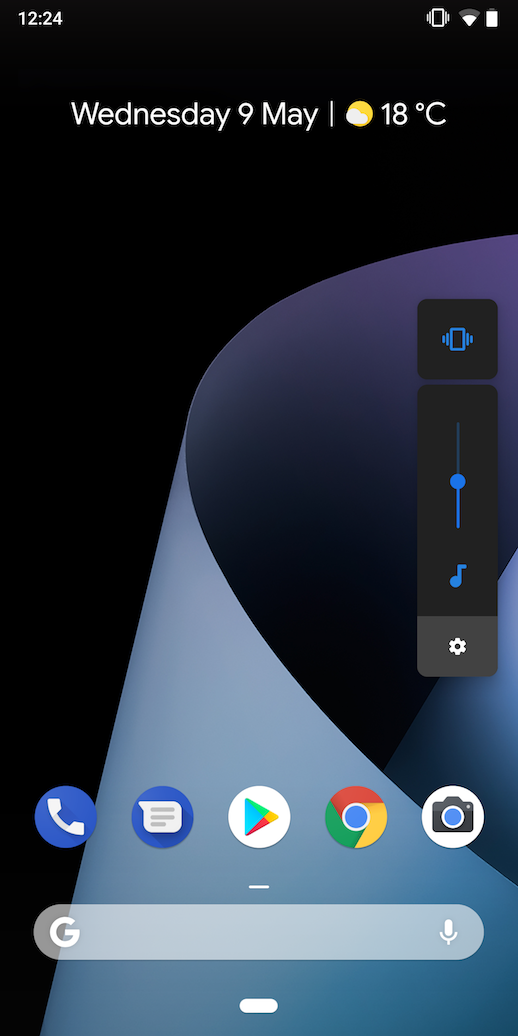 Last year Google laid the groundwork for OEMs to provide faster updates with Project Treble, and with the new system architecture (no confectionary assigned yet), OEMs no longer have the excuse that it's difficult to push out those OTA updates (though they may have other excuses – they are cost-conscious OEMs after all).

We'll start with userland, which is where after two years of largely backroom changes, punters will see the most immediate impact. One new UI feature in particular heralds a big change in how you'll interact with your Android phone.

When Google introduced Material Design in 2014, it wanted to bring order to an anarchic world. Google had originally encouraged OEMs to differentiate, and they did. But with "the next billion" (™ Nokia) users in mind, it wanted Android to present a simple and coherent experience to new phone buyers. Google had reasonable success in bringing some consistency to the Android world, and successfully fended off Samsung's insurgency (Samsung wanted to popularise a distinctive "magazine-style" UX but Google reminded it who's boss).

But last year's Oreo muddied the picture. Oreo favoured a flat design, with inexplicable whitespace, and some of the changes, such as aggressive icon masking, made it plain fugly. The big change to navigation may well muddy things further.

#AndroidP makes your phone easier to use. Enjoy a new system navigation, easy volume controls and much more. #io18 pic.twitter.com/aa0o5c6uVM

Alongside the traditional three buttons (back/home/recent – or recent/home/back if you're on a Samsung) is the option to replace them with a back button and a swipeable "pill". Drag the pill to the right, and you're immediately navigating an iPhone-style horizontal task switcher. Switching apps has never been easier. If you hold the pill at its right-most extent, then the switcher continues to flip through open apps, panning left. Flip any of these up and the app is removed from the switcher.

Any kind of long press invokes the Google Assistant. The system it most closely evokes is the original WebOS: Palm Pre devices incorporated a touch strip between the screen and its QWERTY keyboard for making such gestures.

How does it work in practice? It's actually a mixed bag. 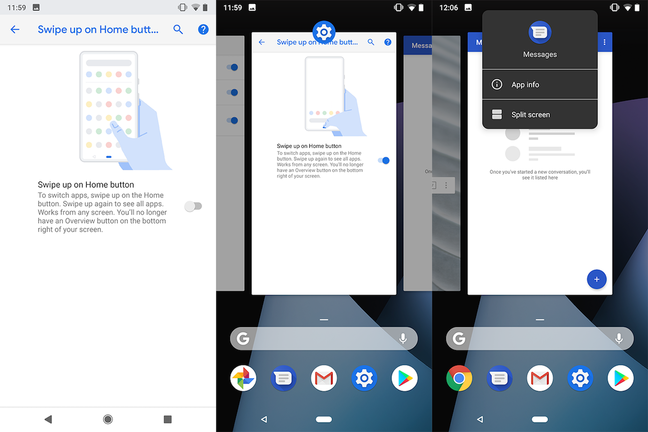 The optional swipe navigation. Note that split screen needs an extra click – and "close all" has gone. Click to enlarge

I found I got used to the new switching fairly quickly and it's fine with two or three apps open. But the ability to "close all" has gone completely, and it's now more difficult to pin apps, or configure them to a split-screen arrangement. Those features now require a tap on the card's icon, at the top of the card. Perhaps they're features few people use. It now takes two swipes to get to the app drawer. But navigating this horizontal conveyer belt of thumbnails is not particularly easy, once many apps are open. You must hold the pill to the left to see the open apps jerk by, to see what's open. Choosing the one you want requires split-second anticipation. This is about the most obtuse way of getting an overview of all the apps you have used recently. You win some, you lose some.

It's worth noting that for now it's experimental – and needs to be turned on manually. Modernising Android's navigation model is long overdue. Whether the changes are to everyone's taste remains to be seen.

Not included in this cut of P is a usage dashboard, allowing you to see what you've been spending time on and allowing you to cap your own usage. Nor is the "GTFTS" (Go The Fuck To Sleep) feature we talked about here evident in this version. That kills notifications from anyone except your inner charmed circle. It's hard to imagine Google implementing either feature if it had succeeded, as intended, in building an attention-addictive social network like Facebook or Twitter. But all credit to them for building in tools so people can manage their lives. 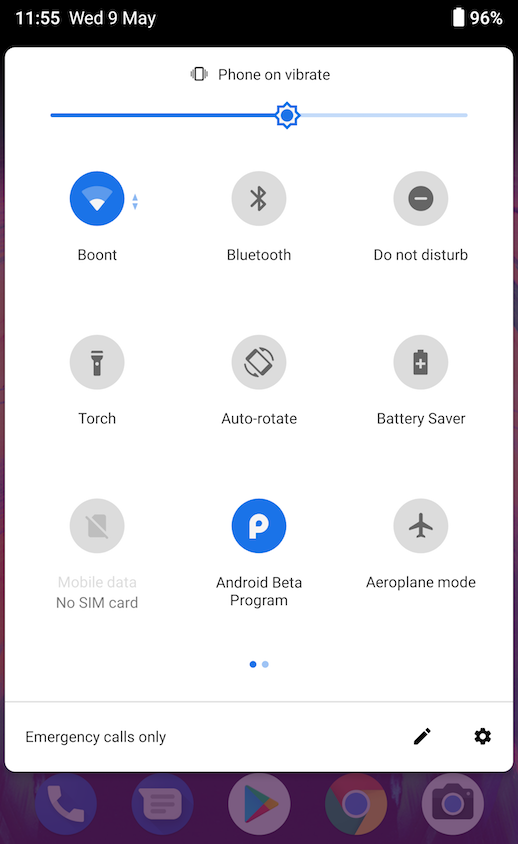 Lots of white space in the new P design

I thought for a while we had lost the ability to access settings via the Quick Settings panel, until I spotted it lurking at the bottom of the pulldown. That typifies a design which is very smart, but not always discoverable or usable. Here it means an extra gesture for most people.

Notifications are now richer with previews, which is a gradual rather than radical change. Neither Apple nor Google really have notifications sorted out, but they certainly continue to be more intrusive on Android.

Other changes in Oreo can be categorised as "Clippyisation". We've seen lots of Clippyisation this week from Microsoft at Build, and more from Google at I/O. It's where the machine-learning people shove their work into products, typically second guessing the user's behaviour in an attempt to be helpful. 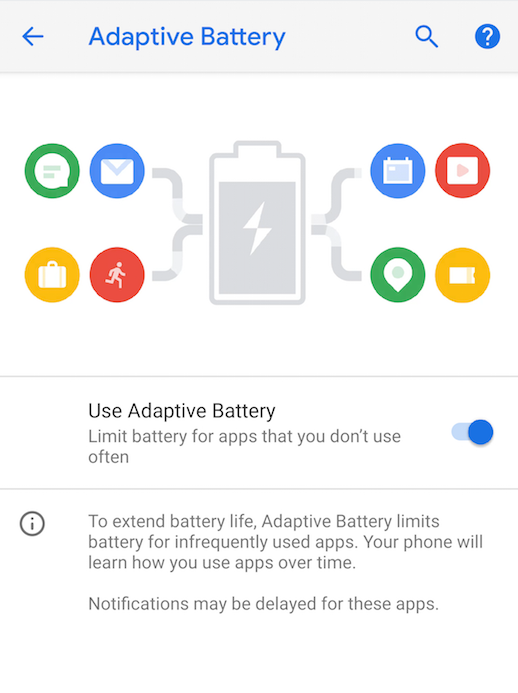 Huawei has put some useful optimisations into its own Android, typically discreet background work to prolong performance or improve app launch times. AI optimisations are working their way into Android either discreetly or right in yer face. Battery optimisation should be ideal for ML. Adaptive Battery is a new P feature designed to reduce wakelocks, and Google says these are reduced by as much as 30 per cent. Details are scant so far. Adaptive Display will apparently learn when and where you use the device and manage the display accordingly. Didn't you think your display already adapted to ambient light conditions? Apparently that's not clever enough; the magic word "DeepMind" was uttered to boost the feature's credibility.